Home News Pope Francis in Hiroshima and Nagasaki gave a dramatic message against the... 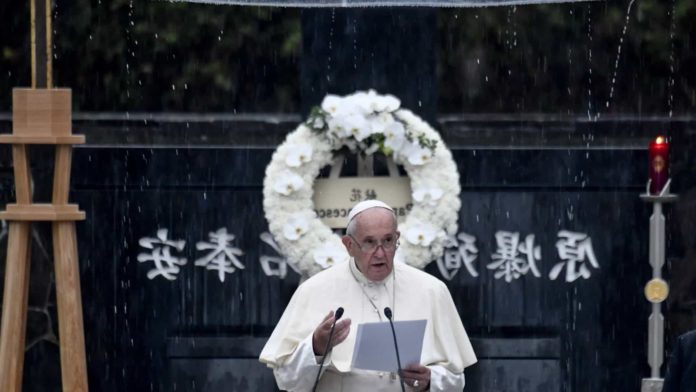 On the main day of his 27,000-kilometer Asian tour that took him to Thailand and Japan, Pope Francis said in Hiroshima that “the use of atomic energy for war purposes is today more than ever a crime, not just against man and his dignity but against every possibility of future in our common house. “

Francisco spoke at the Peace Memorial Park, located in the place where on November 6, 1945 the first atomic bomb, which brought the world into the nuclear era, exploded 600 meters high launched by an American bomber, the Enola Gay.

Before the stone cenotaph that recalls the 200 thousand victims of the explosion and nuclear radiation, built at the exact point where the bomb fell, Jorge Bergoglio stressed that “also the possession of nuclear weapons is immoral” and that “we will be judged for this ”

The Pope dedicated today to visit the two cities ravaged by atomic bombs. It began with Nagasaki, destroyed on August 9, 1945, three days after Hisohima’s hell, because Nagasaki is the most important historical place of the Catholic missionary apostolate on Japanese land.

The Pontiff denounced that to achieve peace “it is necessary to renounce the strengthening of a climate of fear, mistrust and hostility driven by nuclear doctrines.”