Home Entertainment Police Were Called After Domino’s Driver’s Car Was Stolen While Handing Over... 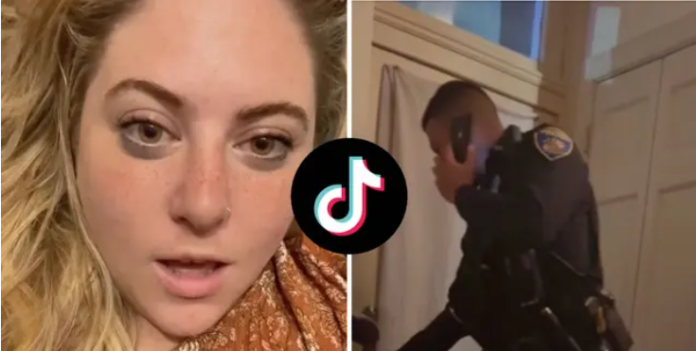 A Domino’s Pizza customer went viral on TikTok after her driver’s car was stolen while they were literally passing food.

Content creator Kristen Fellows (kk_fellows) shared a story video on TikTok in which she explained how her last delivery order did not go as planned.

In the clip, she said her partner Ben went outside to meet the driver who had left her car to deliver pizza. The driver locked the doors and took the car keys with him because the car had an engine start button.

The driver of Domino’s Pizza had his car stolen

However, when the Domino’s driver handed Ben a pizza, a stranger in a ski mask appeared “out of nowhere”, got into the car, slammed the door and drove away. Kristen said she heard a “squeal” when it happened and went outside to help.

TikToker and her partner called the police, as the courier’s phone was still in the stolen car. The driver logged into Instagram using one of his phones and was able to contact a colleague and manager.

The manager tried to track the stolen car using Domino’s Pizza Tracker, although it is unclear from the video whether this was effective. Kristen said Baltimore police arrived and even sent a helicopter to try to track the car.

TikToker did not specify whether it was possible to return the stolen car.

In the comments, users praised Domino’s manager for using a pizza tracker.

“I feel so sorry for the driver and I feel like using a pizza tracker to find a car is incredible!” one user wrote.

“I work at Domino’s, and this is my biggest fear! But this tracker is top notch!” another added.

Others did not think that the hijacker could have gone far in a car with autorun without a key fob.

“Hmm. the push to launch, which I had when renting, was turned off if the key went 20 feet away,” one of them commented. “If it’s a push to get started and the driver had a keychain, the car didn’t go far,” said another.

This is just the latest video of a delivery driver that went viral on TikTok after a Domino’s driver caused a backlash for demanding a tip from his customer.