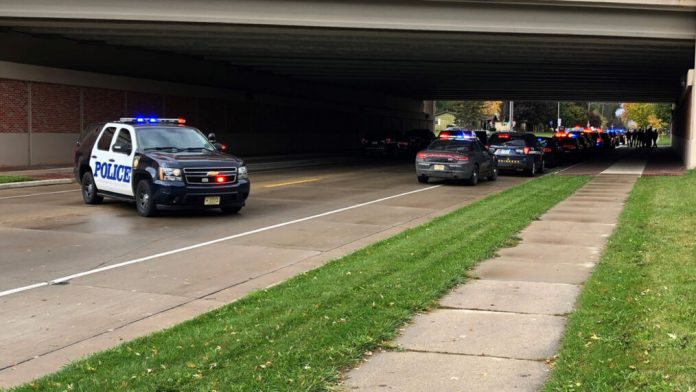 Ashwaubenon Public Safety chief Brian Uhl said officers heard a scuffle in the garage as they approached the house, followed by multiple shots fired. Authorities are now trying to contact the suspect and victim inside.

Authorities are trying to contact people at the Ashwaubenon residence after the shooting. Officers were called to a duplex in the Cedar Ridge and North Road area just after 10 a.m. Thursday.

They don’t know if anyone is injured or if there are others in the residence.

Chief Uhl said the suspect had a history of violent crime, so they have taken every precaution and asked the residents of the area to take shelter in their places.

The Brown County SWAT team is also on the scene.

Everyone is asked to stay away from the area as the stage is active.

Historic decision: The agreement that upset the technology giants at the...