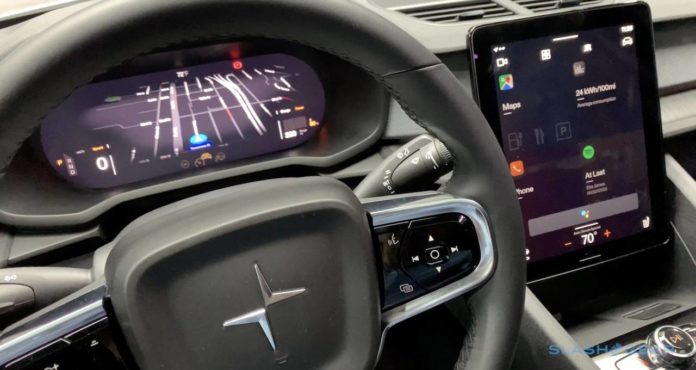 Electric car firm Polestar shared a few images of its new vehicle that will work with the Android Automotive operating system for cars. The company also made a small statement about the future of Android operating systems.

The biggest feature of the Android operating system developed by Google is, of course, that it can support an overly large ecosystem. Today, we see customized versions of Android in many areas besides smartphones. Android, which is already quite common, seems to have a much larger ecosystem in the future.

One of the things that will expand this ecosystem is cars, which are indispensable for daily life. Electric car firm Polestar is one of the companies that make the biggest initiatives in this regard. The company shared an image from the new dashboard that works with Android today and can be customized to the driver.

Polestar’s first vehicle, Polestar 1, is a limited edition luxury and hybrid sports car. Polestar 2, the company’s first vehicles to use the Android Automotive operating system, will have a fully electric system. The most likely opponent of Polestar 2 looks like Tesla Model 3.

Polestar 2 will come integrated with the Android operating system as well as the design unique to Polestar. The vehicle will have Google Maps, Google Assistant and Google Play Store for third party applications. So where is this tool to be personalized? Let’s look at Polestar’s statement today:

“Polestar will continue to use Android as a platform to create a truly personalized and contextual experience. This integration; Beyond adjusting the current mirror, seat, air conditioning and entertainment settings to the driver’s personal preferences, it will offer new possibilities in the car. ”

Google Maps and ADAS will be integrated with each other:
Polestar 2 will also host Google Maps and Polestar’s Advanced Driver Assistant System (ADAS). ADAS will be able to offer safer maneuvering recommendations, taking into account the physical form of the road.

Polestar is also spoken with its attention-based systems. The company goes beyond eye tracking systems developed for driver safety. Polestar’s system makes changes in vehicle indicators by keeping an eye on the driver.

To what extent Polestar will successfully operate all the systems we have mentioned, it is of course difficult to predict this now, but we think that such uses, led by Polestar, will be adopted by other companies in the coming years. Polestar announced that it will showcase the next generation HMI design concept on February 25.