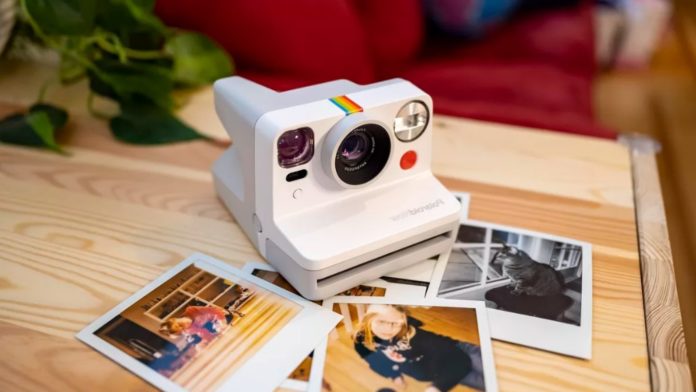 Polaroid Now is the brand new instant camera. The model, which is already on sale in the United States for US $ 99.99, approximately R $ 510 in the current quote, has the automatic focus as a differential. The feature can detect the main object of the photo and choose the most suitable lens for the capture: 35 or 40 mm. In addition, the Polaroid machine has a flash and is compatible with type I film. The product is not expected to arrive in Brazil yet.

The model’s flash is of the vacuum tube type, the intensity of which is automatically regulated, according to the available lighting. A button on the camera allows you to disable the feature when necessary or even take multiple photos in series without it. Polaroid Now has a 750mAh lithium-ion battery, which is recharged via a microUSB input. Its autonomy should be sufficient for about 15 rolls of film, with eight sheets of instant film each.

According to Polaroid, the model was created to operate better indoors and with flash enabled. Since it is analog photography, obtaining satisfactory results with the camera may take a while before the user has sufficient experience. According to the website The Verge, which had access to the model, the camera’s automatic focus system failed, being unable to find the object running, which led to blurry photos.

Also according to the vehicle tests, the machine presented other problems. The development time, for example, is 10 to 15 minutes, which discourages continuous use of the product. In addition, unlike its predecessors, such as OneStep +, it does not have Bluetooth, which does not allow using the phone as a trigger.

This problem is accentuated because the trigger time of the self-timer may not be enough to mount an image, in addition to making it difficult to keep the model stabilized for low light photos, increasing the chances of blurred photos.

Now measures 94 x 112.2 x 150.2 mm, weighing approximately 434 grams without the film. The equipment is coated with ABS plastic and polycarbonate, with a customized firing system and high precision engine. The total field of view is 41 degrees vertically and 40 degrees horizontally.

What Is And How To Use Android Auto