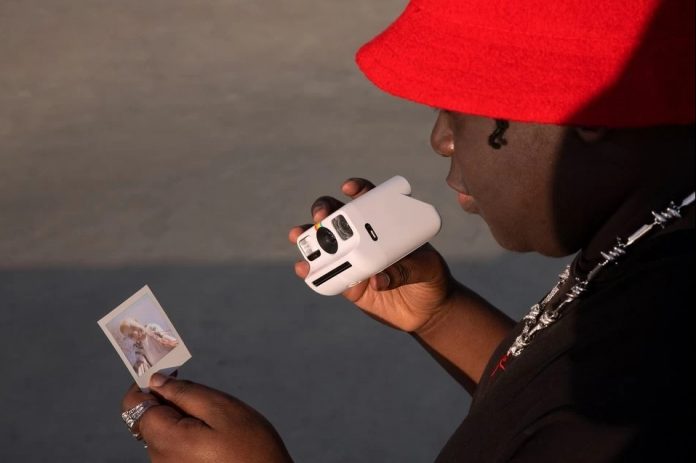 Polaroid Go camera, Instant printing cameras are known by the name of Polaroid in many countries of the world. The company, which has not lost this title despite the changing dynamics in the camera market, continues to expand its portfolio. The last product introduced in this direction was Polaroid Go.

Polaroid’s new camera stands out as the smallest of its kind. It should also be noted that Polaroid Go has an impressive product profile despite its small size. 10.5 x 8.4 x 6.1 cm. The small size of the camera is also easily noticed in the images shared.

Polaroid has also released a new film option in miniature sizes to match the size of the new camera. It can be said that Polaroid has given a strong response to the Instax Mini camera cameras of Fujifilm, one of the major competitors in this market with the Go.

It is seen that Polaroid Go has some special touches as well as standard features. While it is easier to take selfies with the selfie mirror, the self-timer and dynamic flash capable of double exposure are among the features of the camera.

Polaroid Go, which is pre-ordered abroad, will be available on April 27. The camera will be sold in the UK for £ 109.99. For the double film package, you will have to pay 18.99 pounds.

Chinese conspiracy theories blame the US for covid-19