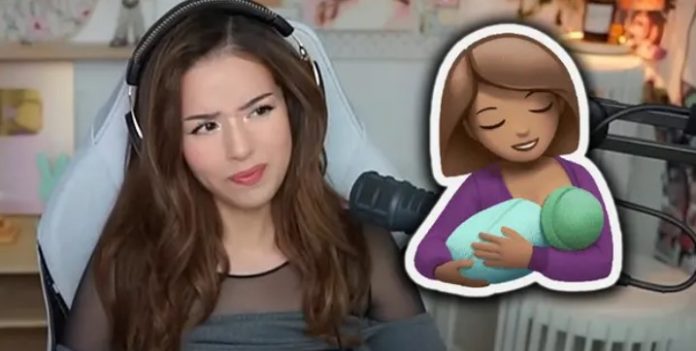 Twitch star Pokimane responds to viewers who constantly ask if she is pregnant when she or another woman announces that they have “exciting news” that they can share.

As a result, her 9.2 million subscribers are certainly interested in her daily life… but the streamer is not always happy when she is asked a specific, deeply personal question.

Enis spoke about this issue during a recent live broadcast, where she lashed out at several viewers who always ask if she is pregnant when she has “exciting news” to share.

Pokimane attacked the audience, who always ask if she is pregnant

“You know, being a woman in your 20s is weird because every time you have exciting news, someone has to think it’s because you’re pregnant,” she began. “You know, you’re going to be so excited about something, like a promotion or something, and suddenly you have to think about the kids.”

“And then you have to be like, ‘Wait, am I supposed to be pregnant right now? I didn’t want to think about the kids right now!” Stop! Will the thirties be even worse? Stop! When will it stop? When are you 50? What if I want to get pregnant at 50 and not at 25? Do you know?”

“Every time I mention any announcements, news, something exciting, at least three people say: “Pregnant? Are you pregnant?” As a bro, even my mom doesn’t talk to me as much about this shit as some of you. It’s weird.”

According to the latest statistics from the U.S. Census Bureau, at the time of writing, the average age of new mothers in the United States has risen to 30 years, which is reportedly the highest in the country.

Pokimane is just one of many women focusing on her career when she is in her twenties. The streamer kept most of the information about her personal life, including her personal life, a secret, but it seems that the creation of a family is not yet discussed.

Drake Bell and the memes that make me Mexican