Home Entertainment Pokémon x Post Malone: ​​‘Only Wanna Be With You’ listen 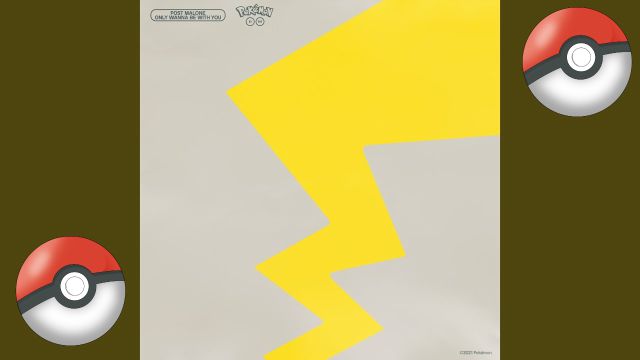 The song can already be heard on YouTube, a composition by the artist with remixes of songs from previous generations of the saga.

The Pokémon Company and artist Post Malone have released the song ‘Only Wanna Be With You’ via YouTube and Spotify on the occasion of the 25th anniversary of Pokémon. After knowing the celebrations derived from this event, including a concert by this singer for next Saturday night, Pokémon Day, we can now hear a nostalgic song, which seeks to commemorate these five decades of saga with background compositions that will recall the fans.

‘Only Wanna Be With You’ (Pokémon25 Version) can be heard from the Google video portal, although you can also do it from just below. With a more relaxed tone than other compositions by the North American rapper, this time everything is tinged with the pocket creatures originally created by Game Freak back in February 1996. Remixes of previous compositions by Junichi Masuda and Go Ichinose, memories of some routes and cities from previous generations of the series… This song is just one of the tributes planned by The Pokémon Company for this week.

We remember that the Post Malone virtual concert is held at 01:00 AM from Saturday to Sunday; that is, on the night of February 27-28.

News about the Pokémon saga between February 22 and 28

A few days ago we learned that, during this week, the period between February 22 and 28, 2021, we will have news regarding the series; not necessarily video games. At least, they have not said it explicitly, as much as the desire of all fans is that new Pokémon video games will be presented for this year. “Throughout that week, fans will receive other announcements with news from the franchise,” they said.

One that is certain for this year is New Pokémon Snap, in development exclusively for Nintendo Switch with an expected date of April 30. Will we have any more announcements this week? Soon we will leave doubts.