Home Entertainment Pokemon video shows how the animation of attacks has changed over the... 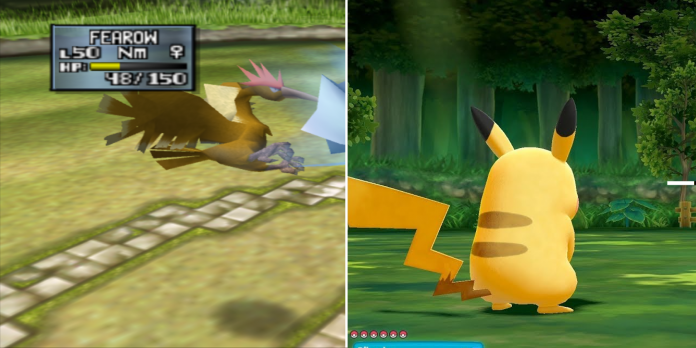 Animation is an important part of any video game. Regardless of whether it’s photorealistic, like The Last of Us 2, or stylish, like Persona 5, the effort and time that the developers have invested in character animation is something that fans appreciate. However, over the years, some fans of the Pokemon franchise have expressed dissatisfaction with the attack animation created by Game Freak in later generations.

Starting from generations 1-5, the Pokemon franchise maintained an artistic style based on sprites, and 3D Pokemon games were limited to rare games for home consoles. While sprite-based Pokemon attacked with simplified animations, 3D games like Pokemon Stadium and its sequel featured much more extravagant attacks. After the main Pokemon games became fully three-dimensional in the 6th generation, some fans may have expected that the animation would be of the same quality as in the stadium, and were disappointed.

Why are people satisfied with this? from pokemon

The video continues to show Pikachu performing a Double Punch that jumps twice while the leg symbol appears on the opponent. MortonShekelstorm would have signed his post “Why are people satisfied with this?” questioning the willingness of Pokemon fans to accept the current attack animation and the appearance of modern Pokemon. It should be noted that it was not Game Freak that developed Pokemon Stadium, but HAL Laboratory, the developer of the Kirby franchise.

What could be the reason that some Pokemon fans began to resent the current animation in Pokemon games, due to comparisons with titles from the past. The Pokemon Stadium game, released for the Nintendo 64, features smooth animation, full of life, despite other outdated elements. For comparison, in modern Pokemon games, movement in battle is rigid and limited. Although HAL Laboratory may have devoted more time to animation than Game Freak, since Pokemon Stadium was a combat simulator, not a full-fledged role-playing game.

Pokemon fans continue to discuss the animation quality in the main games, and with possible Pokemon Scarlet and Violet leaks depicting the attacking movements of new creatures, only time will tell if Pokemon viewers will be satisfied.