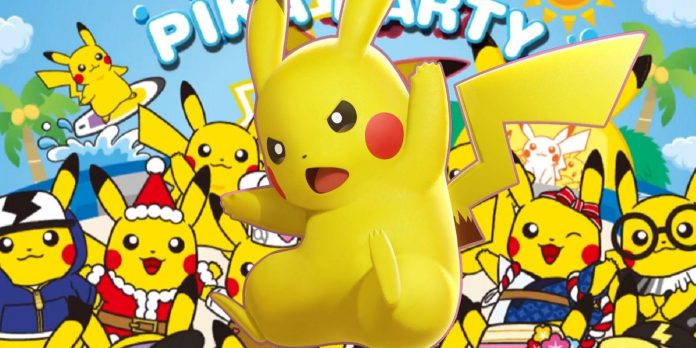 Pokémon Unite is celebrating its first anniversary with a brand new party mode focused on Pikachu. Last July, TiMi Studio Group released a free online multiplayer arena that allows players to control various Pokemon in crazy matches on the Nintendo Switch, and Pokémon Unite will later be ported to Android and iOS compatible mobile devices in September next year. . While Pokémon Unite initially faced some controversy over the use of monetization and the alleged Pay-To-Win mechanics, the game will be downloaded over 70 million times since launch and will be nominated for best mobile game at the December 2021 Game Awards event.

In the coming months, TiMi Studio Group and The Pokémon Company will add new game characters and alternative costumes to Pokémon Unite, as well as hold special holiday themed events where players will be offered free content in exchange for logging in at a certain time. The ongoing Pokémon Unite Anniversary event over the past few weeks will bring even more new Pokemon to the game, such as the ice—themed Glaceon and the huge insectoid Buzzwole Ultra Beast – a rare Pokemon that also debuted in Pokémon GO not so long ago. . As it turned out, the celebration of the first anniversary of Pokémon Unite will not stop there, and the developers of the successful Pokémon Battle Royale are adding a completely new Pokémon Unite game mode that looks equally cute and exciting.

One of the first announcements made during today’s live broadcast of Pokémon Presents on the official Pokémon YouTube channel was the addition of a new Pika Party Mode for Pokémon Unite. This cute and colorful new type of game will be added to Pokémon Unite as part of a special event that will start today at 5:00 Pacific Time and last until Thursday, September 1, at 4:59 Pacific Time. During the quick battle of Pika Party, all Pokemon on the battlefield — whether wild or controlled by the player — will be replaced by versions of Pikachu, including the towering Giant Max Pikachu, which was hinted at in a previous Pokémon Unite leak.

Pikachu is the star of the newest Pokémon Unite game mode

The new Pokémon Unite Pika Party mode was far from the only one that was announced during today’s live broadcast of Pokémon Presents, which contained several exciting new events in the Pokemon world. Most of the festive day was devoted to the upcoming Pokémon Scarlet and Violet, which will be released on the Nintendo Switch in November this year and will allow players to ride the legendary dragons in the European region of Paldea. Other important Pokemon news included the introduction of Mutu as an unlockable character in Pokémon Café Mix and the third anniversary of the free mobile role-playing game Pokémon Masters EX.

Pokémon Unite is currently celebrating its own milestone with the first anniversary of its successful Nintendo Switch launch throughout the summer in the form of several new playable characters and a brand new Pika Party fast battle mode that will literally flood the battlefield with Pokemon’s favorite electric rodent. a talisman. This new mode will be launched in Pokémon Unite later today, which means that the crazy and charming multiplayer battle of Pikachu is just a few hours away.

Rowlett looks even cuter as an official Pokemon Bag chair