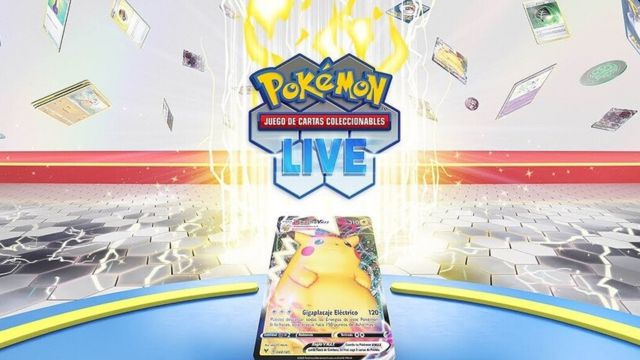 Pokémon: The digital version of the Pokémon card game will work as free-to-play, but it has not been confirmed for Nintendo Switch. The Pokémon card game will feature a video game adaptation. The Pokémon Company has announced the launch of Pokémon Trading Card Live for PC, MAC and iOS and Android mobile terminals. Nothing has been said about a hypothetical version for Nintendo Switch, but some additional details have been offered. According to the official website, this free-to-play video game (free but with microtransactions) will arrive “soon”, although no date has been provided.

Players will have the opportunity to collect a wide collection of cards, with which they can make their decks to display their master moves. “Add new cards by scanning the card codes, buy ingame packs and participate in daily missions, among other things,” they explain. They further promise that this is just the beginning as the title will continue to improve as the months go by.

In The Pokémon Company they have several games on the horizon. Pokémon Trading Card Live will be published very soon on all confirmed platforms, while Pokémon Unite, the free-to-play MOBA available on Nintendo Switch, is about to be distributed on mobile devices. TiMI, the studio behind the project, is working to get everything ready by September 22nd.

Beyond the free-to-play titles, Gamefreak has not stood idly by. Together with ILCA, he is preparing Pokémon Shining Devil and Shining Pearl, a remake for Nintendo Switch of the Game Boy Advance classic. Both editions will go on sale on November 19. Months later, on January 28, 2022, the long-awaited Pokémon Legends: Arceus, an open-world game that explores the past of the Sinnoh region, will follow suit. The structure of the game and the playability will differ from the main installments, so there will be quite a few new features to consider.

Bungie Explains Why He Accepted The Purchase Of Sony: Future Plans...

Sons of Anarchy: Why Otto was in prison (and never got...