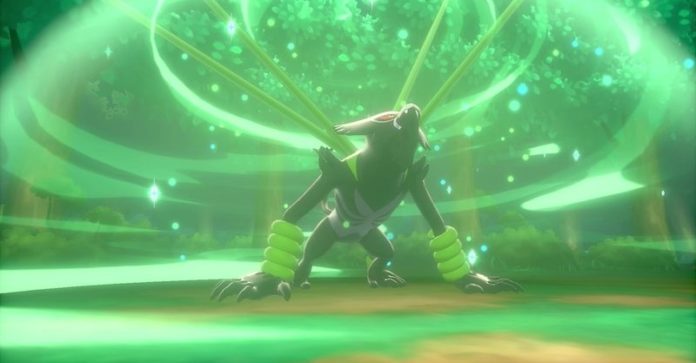 Legendary Pokemon Zarude is ready to come to Pokemon Sword and Shield. While Pokemon fans are waiting for Zarude, they have many questions in mind. For example, while Zarude’s moves are not yet announced, people are wondering what the character can do in Pokemon Sword and Shield. According to the explanations, Zarude’s own movement is known to be Jungle Healing and players need to work to use the movement.

To add Jungle Healing to Zarude’s moves, players must first work with Monkey and raise it to level 90, but then it will be possible to use this feature that can heal every Pokemon on the field. If there are no other Pokemon in the environment, namely if Zarude is alone, Zarude will be able to heal himself. The character will increase his HP and eliminate the negative status effects. If you’re in a bilateral battle, the Pokemon next to you will also be healed. Also, although the Jungle Healing movement is currently exclusive to Zarude, other characters may use it later.

Here is Zarude:
Pokemon Sword and Shield is available for the Nintendo Switch. The character of Zarude will debut with the movie Pokemon the Movie: Coco, which will be released on July 10, 2020. Although the game’s release date in Europe has not yet been announced, people who bought tickets to the movie in Japan will be able to obtain the character on June 15, 2020.

Recently Google created a survey to choose the best Pokemon on the internet. In the elections, Pikachu disappointed many. While Pikachu, which most people know closely, cannot even make it to the top 10, Pokemon of the year was named Ggrenja. You can access the entire list from our news about the subject.