Home Entertainment Pokémon Sword and Shield-Evolutionary Skies: This Is The New Expansion Of The... 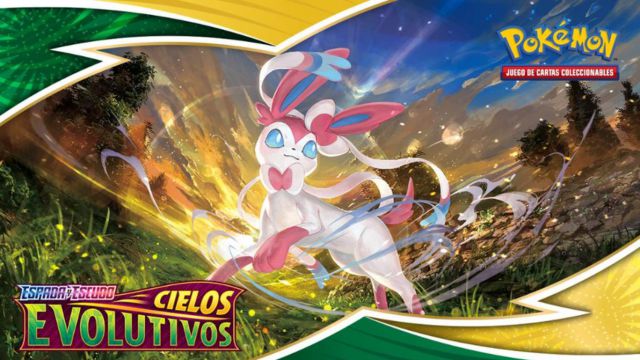 Pokémon Sword and Shield: Available from August 27, it will include Eevee and all its Evolutions in a single expansion. We know all the details and contents. The Pokémon Company International has presented the long-awaited new expansion of the Pokémon Trading Card Game, Sword and Shield-Evolving Skies, which will hit stores around the world from August 27, 2021 with Eevee and its evolutions, the eeveelutions, as great protagonists.

Sword and Shield-Evolutionary Skies is one of the big bets for the Pokémon Trading Card Game this summer. Apart from new Eevee cards, it will include all of his Evolutions in the same expansion. According to the statement, each Eevee Evolution will have its own card as Pokémon V and Pokémon VMAX. Some of Eevee’s Evolutions will also be in combat styles, one of the great strategic novelties of the season, such as Flareon VMAX Hard Hit, Vaporeon VMAX Fluid Hit, Sylveon VMAX Fluid Hit and Umbreon VMAX Hard Hit.

On the other hand, it should be noted that Dragon-type Pokémon such as Rayquaza VMAX and Duraludon VMAX will debut in the Pokémon TCG Sword and Shield series with this new Evolutionary Skies expansion. Both cards will have high power points, but will require a lot of energy to carry out their movements.

This August 27, Sword and Shield-Evolving Skies will be available in stores through packs, special collections and two versions of the Elite Trainer Box: one with Umbreon, Flareon, Jolteon and Leafeon as card heads; and the other with Sylveon, Vaporeon, Glaceon and Espeon as protagonists. The expansion will include the following cards:

15 Pokémon VMAX
18 Pokémon V and 33 Pokémon V from expanded artwork
24 Trainer cards and 5 Expanded Enlightenment Supporter cards
1 new Special Energy card
As usual, there will be an early access starting on August 14 with the Combine and Combat box of Sword and Shield-Evolutionary Skies, only at participating Pokémon TCG locations. Each box will contain 4 Evolutionary Sword and Shield-Heavens upgrade packs, a 23-card Evolution pack with cards from the expansion and previous expansions, 1 of 4 guaranteed alternate art promo cards, and a craft tips sheet. our own deck.