Home Entertainment Pokemon Sword and Shield confirm the next distribution event, but there is... 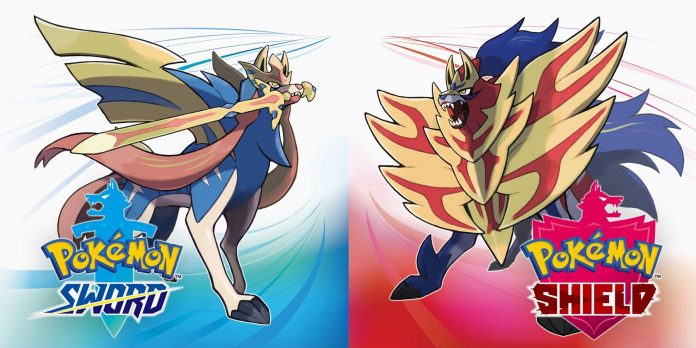 Pokemon fans in Europe are having a lot of fun starting tomorrow when Pokemon Sword and Shield get their latest distribution event. Although fans on other continents will unfortunately not be able to participate, this is a great opportunity that fans in the UK and the EU will not want to miss.

From tomorrow, September 9th, until September 30th, Pokemon Sword and Shield fans can get codes for the three mythical Pokemon by visiting some retailers across the continent. Although a full list of all the stores participating in this event is not available, mythical Pokemon are confirmed as Genesect, Volcanion and Marshadow.

This news appeared thanks to Serebii.net , a long-standing Pokemon fan site that has been a constant and reliable source of information about the distribution of Pokemon. It is reported that fans in the UK can get their codes at the British retailer GAME, and French Pokemon fans can get them at Micromania stores. Finally, Dutch and Belgian fans can get their own by visiting GameMania stores during the giveaway event. Please note that fans will receive all three codes on one card, so they won’t have to worry about multiple trips or rushing between different stores.

For those who are not familiar with their knowledge of Pokemon, mythical Pokemon are rare and strong to the point that many people in the Pokemon world doubt their existence. They differ from legendary Pokemon from the 5th generation: legendary Pokemon are discovered as a result of random encounters, and mythical Pokemon are usually acquired during special events. So this month’s giveaway event presents a rare opportunity for European Pokemon fans to catch these mighty Pokemon.

Game Freak introduced Genesect as part of the 5th generation of Pokemon. A Bug/Steel dual-type Pokemon, it looks like both a robot and a large creature. It is notable for having several elementary forms, on the basis of which, if any, four drives are installed in the cannon on the Pokemon’s back. Meanwhile, Vulcanion is a fire/water type Pokemon introduced in the 6th generation and played a major role in the third film “Pokemon Series: XY”, “Vulcanion and the Mechanical Miracle”. Finally, Marshadow is a tiny and charming seventh—generation fighting/ghost Pokemon created from smoke and known in the game universe for its remarkable ability to move unnoticed in the shadows.

All three Pokemon will be a great addition to any trainer’s collection, so fans of the Sword and Shield may want to act quickly. The 9th generation of Pokemon is just around the corner, and Pokemon Scarlet and Violet will be released on November 18. However, fans still have plenty of time to take advantage of the latest Pokemon Sword and Shield distribution event.

Prints from WhatsApp Web Will No Longer Be Accepted As Evidence...