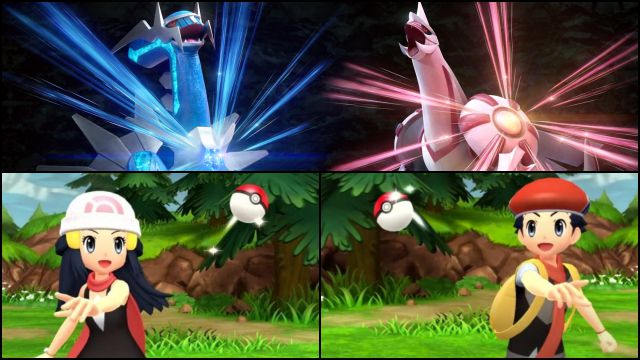 Pokémon Shiny Diamond And Shimmering Pearl: With 1,396 million units sold in three days, it becomes the second best release in the history of Nintendo Switch in Japan; the best of the Pokémon saga. Pokémon Shiny Diamond and Shimmering Pearl have made their big physical debut in Japan. The first sales figures from Famitsu show a really encouraging data for these deliveries, the remakes of the works that inaugurated the fourth generation of the saga on Nintendo DS. The return to Sinnoh has resulted in 1,395,642 units sold in Japan in just three days (November 19, 20 and 21); the second best premiere in the history of Nintendo Switch in Japanese lands, only behind Animal Crossing: New Horizons.

With this sales data, which includes physical copies in stores, the Double Pack and the sales of physical download codes, but not digital sales via eShop, we can reach several conclusions that show a record for these works developed by the study ILCA under the supervision of Junichi Masuda (director of the original titles and current producer at Game Freak).

The first of those records is clear: Pokémon Shiny Diamond and Shimmering Pearl have made the best Pokémon video game debut on Nintendo Switch to date in Japan. Although by a minimal margin, the Sinnoh remakes have improved the data of Pokémon Sword and Shield in its first week, which to date accumulate an amount above the 4.1 million units sold only in Japanese lands. For its part, Pokémon Let’s Go! Pikachu / Eevee followed suit with 664,198 units sold in their first three days (their first week computed).

Accumulated sales during its first week in Japan

Barcelona Is Eyeing Alejandro Garnacho, While Manchester United Is Negotiating a...

The Vampire Diaries: Two actors from the series who brought romance...