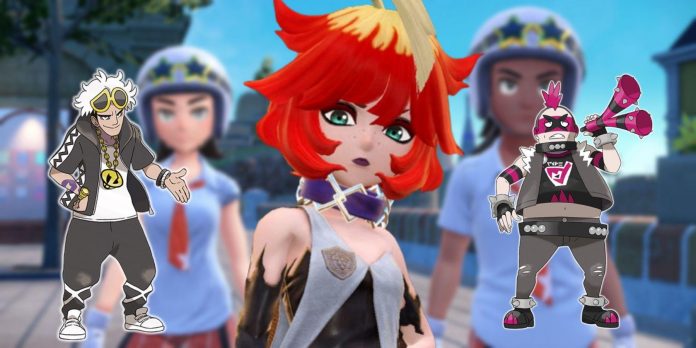 In the latest Pokemon Scarlet and Violet trailer, Pokemon Company has demonstrated new pocket monsters and features, and more details about the three storylines in the games have appeared. As it stands, Pokemon Scarlet and Violet players will be able to choose what to do and when to do in Paldea, with three main paths to choose from: a gym challenge, Herba Mystica search, and confronting the villainous team. Star. While Gym Challenge is the only path that players will be more familiar with, the remaining two also share basic mechanics with past Pokemon games, such as battles against Alpha and Totem Pokemon for Titan Pokemon, as well as a typical clash with the grunt team. .

So far, all the major Pokemon games have always had their own villains, and while some of them are still quite memorable because of their goals and how the characters were portrayed, fans claim that the most recent additions don’t follow this trend. The first villainous team that really stood out negatively in the main series was Team Skull, but Pokemon Sword and Shield had it even worse with Team Yell, which wasn’t even evil from the very beginning. Based on the fifth Gen 9 trailer, Pokemon Scarlet and Team Star Violet seem to be continuing this evolving tradition, perhaps becoming another soft set of opponents.

Team Skull mainly consisted of weirdos, a group of trainers who failed the test on the island and became thugs with the sole purpose of causing trouble to others by stealing from them, be it Pokemon, money or valuable items. This was a striking difference from the iconic villainous teams in Pokemon games up to the 6th generation, excellent examples of which were Team Rocket in the 1st and 2nd generations, Team Aqua and Magma in the 3rd generation, Team Plasma in the 5th generation and, finally, Team Flare. All of these teams had clear goals that could have terrible consequences if successful, which made the story more effective because they raised the stakes.

The Yell team from Pokemon Sword and Shield simply consisted of losers who tried to support one coach in the Gym Challenge from their hometown, while they blocked some routes so that other participants could not pass. It seemed that Team Yell was thrown into the mix with the goal of acting as a comic relief rather than a real threat, and then it was used as a way to keep players from going through those areas of the game that were intended for a later moment. It seems that Pokemon Scarlet and Violet’s Team Star are also continuing this downward trend, as opposing coaches seem to mostly want to cause trouble to academy classmates.

In fact, Team Star fighters are just teenagers or young people who still wear the academy uniform, although what characterizes them is a biker helmet with glasses in the shape of a star. In the new Pokemon Scarlet and Violet trailer, Team Star members are described as rebellious students, and they seem to have gained a foothold in the region thanks to five bases scattered around Paldea, but little is known about their goals. It is possible that, like Team Skull, they are students who have failed their classes and now want the academy to pay.

This will make the Pokemon Scarlet and Violet storyline less attractive than in previous games, and Team Star may become more of a nuisance than a real threat, depending on its motives and goals. And yet, the most successful and convincing teams of villains in the series were those who had specific plans to cause chaos, often even having in mind world-changing events, such as Team Flare’s intention to reduce the planet’s population in order to force the planet to return to its former life. clean condition. Team Star may be on something bigger than Team Skull and Team Yell, so it’s worth giving these opponents the benefit of the doubt, but so far the presentation does not bode well for the main antagonists of Gen 9.