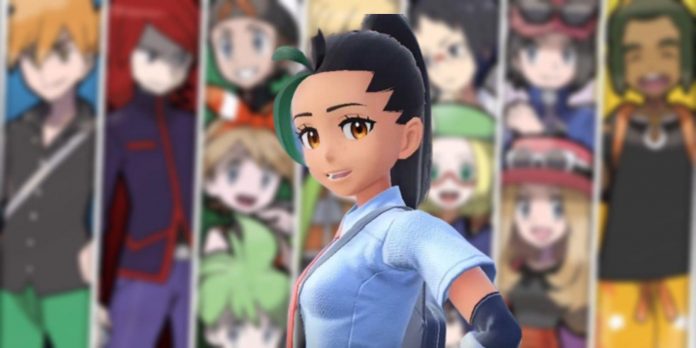 There are only three months left before the launch of Pokemon Scarlet and Violet, and fans are eager to explore the Paldea region to discover all its secrets and creatures. The third Pokemon Scarlet and Violet trailer was particularly insightful due to the fact that it focused on exploring the region through treasure hunting, which can be done by riding Corydon or Miraydon, depending on the version that players choose. Gen 9 will also include a new combat trick in the form of Terastallization, a process that gives each Pokemon the ability to change their existing types to any of the 18 currently available.

Why Nemone is a kind of Pokemon rival

In the main series of Pokemon games, players are introduced to a new world when they start their adventure, and soon they are given their first Pokemon to go on a journey to fill the Pokedex and explore the region. Since Nemona is apparently the first major character that players will meet in Scarlet and Violet, and since her team already has Paumi, Lechonk and Smoliv, it is likely that she will not choose one of the remaining 9th generation starters.

In fact, it is likely that players will fight Nemone for the first time shortly after choosing a companion in Pokemon Scarlet and Violet, where she will use her own team of creatures. Usually, the main rival in Pokemon games chooses a starter with an advantage in type over the one chosen by the players, which is the main product of the series from the 1st generation. For example, in Pokemon Sword and Shield, Hop chooses the starter that is weak for the choice of players, and Leon chooses the remaining one.

In addition, there is always an opponent who starts his journey with the players, which means that they do not have much experience in battles with Pokemon. However, Nemone is described as an experienced trainer, very capable in battles, and she already has a team of at least three Pokemon that support her. According to rumors, Pokemon Scarlet and Violet have a total of three rivals in the form of Nemone, Arwen and Penny, and this is also an interesting change of pace compared to other games.

The cast of Pokemon Scarlet and Violet characters seems convincing, and the fact that players will have a different professor depending on the chosen version is also a nice addition. Nemone seems like a great opponent, judging by the way she has been portrayed so far, especially considering how she can prove to be a difficult opponent in a fight early on. Most rivals only have one Pokemon on their team for their first battle, and that too seems to change in Gen 9.

Mortal Kombat 2 can fulfill the Promise of the First Scorpio...