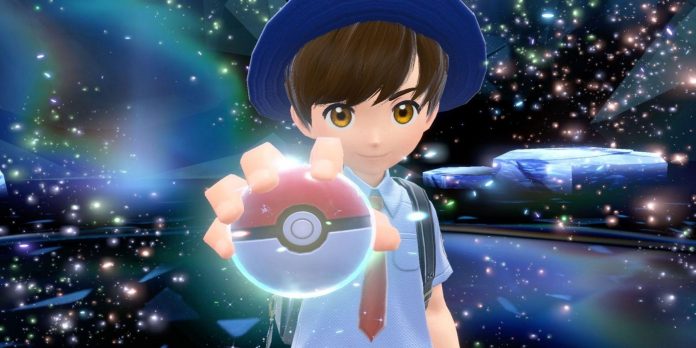 Thanks to its latest trailer, fans have had a more in-depth look into the upcoming Pokemon Scarlet and Violet, providing a great deal of new information including new Pokemon, new characters, new mechanics, and its upcoming story. Or rather, it’s three upcoming stories, as it was explained how the new non-linear game design would break from Pokemon’s usual traditions of collecting gym badges and forced confrontations with various villainous teams and explore similar elements through three storylines. Of these three, one particular storyline stood out due to repeated associations throughout the trailer.

Pokemon Scarlet and Violet will see players embarking on what Game Freak is determining to be a “treasure hunt.” The word “treasure” is mentioned several times in this same trailer, and combined with Scarlet and Violet’s new “Terastallization” mechanic, it seems that treasure is going to be a focal theme. This comes alongside previous fan theories of Scarlet and Violet exploring the past and future, but the idea of hunting for treasure could be the missing link behind these concepts that will help factor them into the upcoming games.

Presented as an “independent study project” by the trailer, Pokemon Scarlet and Violet’s treasure hunt will factor into the game as one of its three main storylines. Specifically, this storyline will branch off from the games’ introduction of its Academy and will see the players venture out into the Paldea region to undertake this project. The treasure hunt is one storyline, the gym challenge is presumably the second, but the third is unknown.

However, focusing on the treasure hunt specifically, it’s unusual that this is being paired with a study project. The connection between the two implies that whatever it is the player is hunting for is something they will need to research as they progress through the region. One potential explanation is that this is how Scarlet and Violet’s new pokedex will be introduced, following Pokemon Legends: Arceus’ own pokedex with how players couldn’t just catch Pokemon to fill their entry and instead needed to perform additional certain tasks and actions. Though possible, it might not be sufficient for a full storyline, meaning the study project might be something else.

The Hunt For The Terastal Phenomenon

A likelier explanation though is that this treasure hunt will instead focus on Scarlet and Violet’s new gameplay mechanic Terastallization. Not only would this fit with the mechanic’s gemstone aesthetic under the theme of a treasure hunt, but tasking players to research and learn more about Terastallization would be an intuitive means of teaching them about the new mechanic. Previous entries have attempted to incorporate their unique gameplay gimmicks into their stories, such as Sword and Shield’s dynamax mechanic, but these were always limited by Pokemon’s traditional linear storytelling.

A storyline revolving around the origins of this unique mechanic, teaching players to understand and master the mechanic, as well as how the mechanic might factor into other storylines would be an improved means of providing Pokemon players with more agency in their gameplay. Additionally, allowing players to organically discover and learn about the Pokemon world through exploration as they hunt out new “treasure” will deliver a more rewarding experience, similarly encouraging players to engage with new Tera raids to discover new Tera types and Pokemon, all while completing their pokedex and completing their study project.

Past and Future Treasures

With a third storyline left unconfirmed, the remaining narrative that Scarlet and Violet might explore would relate back to the fan theory of past and future factoring into the game. However, the theme of treasure and encouraging players to explore the world to discover new things might actually play a role in incorporating this theory into the main game. Since the origins of Terastallization could only be confirmed through Scarlet and Violet, the phenomenon might be something that began in Paldea’s past and could further affect its future if the Terastal Phenomenon could potentially get worse.

Though a useful mechanic currently, it’s been demonstrated in previous games that handy gameplay gimmicks can turn to disaster such as dynamaxed Pokemon running amok in Galar to legendaries undergoing primal reversion causing chaos in Hoenn. By extension of this, Terastallization could be the result of something that had long since been buried in Paldea’s history, perhaps suggesting Terastallization ties to legendary Pokemon, but only now is growing, with symptoms like increased Tera raids in the region indicating that the phenomenon could get worse. By working with each version’s Pokemon professor, the player could find themselves discovering the potential threat before attempting to find a way to avert disaster.

Though treasure was a prominent focus within the games’ third trailer, it is possible that Game Freak was using this kind of language to draw attention to its introduction of Terastallization, owing to the mechanic’s previously mentioned gemstone look. While many new details were revealed in this trailer, it’s likely that Game Freak saw the showcase of Terastallization to be the trailer’s focus for players to discuss afterward. Because of this, as confirmed at the start of the trailer with “voiceovers not being present in-game,” it was edited in a way that emphasized the theme of treasure.

However, even if the use of treasure was just a creative choice for the trailer, the recurrence of the theme across all other trailers and details demonstrates that Game Freak is keen to encourage players to explore, learn, research, and determine their own gameplay experiences. This could be a significant improvement for player agency, likely something learned from Pokemon Legends: Arceus and its success, and could be the start of the Pokemon series evolving its game design through open-world exploration and non-linear progression. By sending players on a treasure hunt as part of Scarlet and Violet, they will be providing the game’s motivation to explore the world.

Pokemon Scarlet and Violet are set to release on November 18, exclusively for the Nintendo Switch.

The Last of Us: Matthew McConaughey Turned Down The Role Of...