Home Entertainment Pokemon Scarlet and Violet should have a character similar to Ri from... 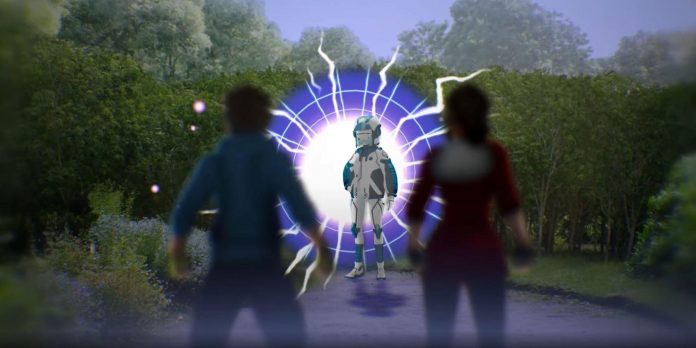 Game Freak has showcased several important characters ahead of the release of Pokemon Scarlet and Violet in November, but fans don’t have a complete picture of the Paldea region yet. So far, the main stars have been Professors Sada and Touro, Nemone’s rival character, and several other figures from the protagonist’s school. This leaves much of the region unexplored, from gym leaders to celebrities or industry leaders who often define the Pokemon region. Future Pokemon Scarlet and Violet trailers are sure to introduce all sorts of other Pokemon lovers, possibly including someone like the new Pokemon GO character Ri.

During the GO Pokemon season, GO temporarily replaced Professor Willow with Ri, a mysterious member of the GO Ultra Recon Squad who seems to have come from another world. Pokemon GO is not the most story—driven game in the franchise, but Ri’s implied story with Ultra Sun and Ultra Recon Squad Ultra Moon promotes Ultra Space’s knowledge and its relationship with the mainstream Pokemon world. Pokemon Scarlet and Violet could benefit greatly from the introduction of an equally otherworldly character who does not lead the story, but provides some contextual and narrative surprises that shed light on the mysteries of the Paldea region.

Why Pokemon Scarlet and Violet Should Have Rhi

Pokemon fans are already familiar with Ultra Space and its Ultra Beasts, thanks in part to the original Ultra Recon Squad from Pokemon Ultra Sun and Ultra Moon. Ri inherits the legacy of these characters, who have largely gone out of sight, but have taken a big step forward in the Pokemon universe by creating densely populated alternative planets. Ri has a solid future in advancing the knowledge of Ultra Beast and Ultra Space in Pokemon GO, as Niantic is still working on adding all the Ultra Beasts, but ideally he is only the first in a wave of curious new Pokemon characters.

Past games have had supernatural humanoid characters like Ri. Among the Pokemon X and Y was AZ, a mysterious man who is thousands of years old, and who sheds light on Lysandra’s nefarious plans to destroy the world with the help of an ancient “absolute weapon”. Unfortunately, AZ’s role was very minor; he only appeared in a few scenes, which means that the game barely touched the surface of his knowledge of Infinite Energy. Ri and the original Ultra Recon Squad are doing much more to help fans understand an important piece of Pokemon knowledge, and ideally Pokemon Scarlet and Violet will learn from them.

Scarlet and Violet already have a great reason to introduce a supernatural trainer: Terastallization. The games will almost certainly feature several human researchers studying the phenomenon of Terastals, but there may also be a human character combining the best features of AZ and Rhi. An ancient person who was altered by terastallization, or even a being partially responsible for the effects of terastall, could shed light on both this trick and the broader history of the Paldea region. Such a supernatural character can also inspire Pokemon battles in which Tera types are used in a special way, adding additional complexity to parts of the Scarlet and Violet story.

In a world so replete with supernatural powers like Pokemon, it goes without saying that there will be a lot of people who are definitely influenced by the monsters surrounding them. Whether it’s intergalactic travelers like Ri, or immortals like AZ, the Pokemon franchise needs to explore this niche more. Games like Pokemon Legends: Arceus have done a lot lately to advance the franchise’s knowledge, but the niches of altered humans and extraterrestrial humanoids still have a lot to give. The Pokemon Scarlet and Violet trick deserves to be dealt with with the help of a new character who helps show how big the Pokemon world is.