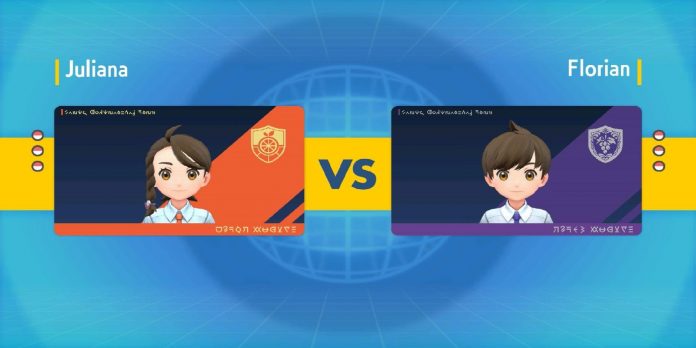 Recently, via Twitter, Nintendo gave fans a first look at the new Battle Stadium that will appear in Pokemon Scarlet and Violet. The Battle Stadium was a feature introduced in Pokemon Sword and Shield that allowed them to easily access the basic parameters of multiplayer battles in the game. The updated Battle Stadium will also be a place where Pokemon players will demonstrate their fighting skills, but several new features will be added.

Several screenshots of the fresh menus of the new Battle Stadium were shown on Nintendo’s Twitter, where players will be able to choose how they want to compete. At the moment, it seems that Pokemon Scarlet and Violet will allow players to fight online in four ways. There are ranked and random fights, as well as online competitions and a new feature known as “Rented Teams”. The latter were also available in the Sword and Shield, but they could only be used in the Battle Tower.

The rental teams in Pokemon Scarlet and Violet will allow the player to rent a team ready for battle by entering an ID that another user has shared online. This will mean that if any player creates a particularly strong Pokemon team, another fan will not need to catch and train copies of this team, but instead can simply rent them through ID. In the Pokemon Showdown Pokemon battle simulator, players can also borrow other Pokemon teams, and this allows new players to better understand the meta in which Pokemon are strong, and how to make supposedly weaker monsters still be useful in battle.

The new Battle Stadium will use many of the online fighting features that were introduced in its Sword and Shield variant, but with a few additions based on Pokemon’s multiplayer competitive experience. With the release of new games, there will be many other new mechanics and features, including an open world that players can explore, and the mechanics of playing Pokemon Scarlet and Violet together, which will allow you to explore the Paldea region with friends.

90-day Fiance: the most popular photos of Darcy’s revenge after losing...