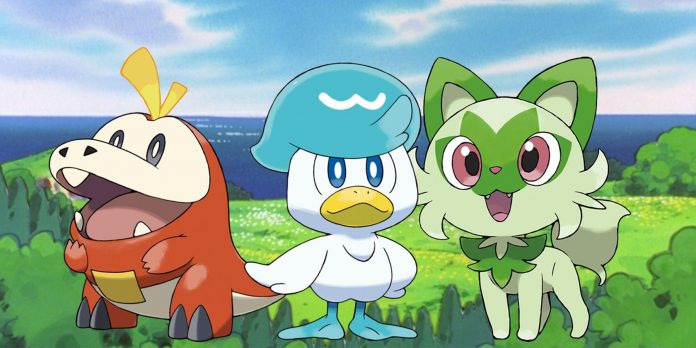 Pre-order bonuses are nothing new for gamers. Many publishers want to encourage the audience to buy games as soon as possible. One way to attract potential buyers is the promise of an exclusive item available only to those who place a pre—order. The Pokemon franchise is no stranger to this, as it recently announced a flying Pikachu for Pokemon Scarlet and Violet, which can be obtained through pre-ordering games.

Pokemon Scarlet and Violet have become quite a discussed topic in some circles on the Internet since the release of the last trailer. Among other topics discussed, such as the ability to challenge gyms in any order and a new regional variant of Wooper, there is the possibility of receiving another bonus for pre-ordering for games. Although this one may be more limited.

A Reddit user named Alex_dlc posted a message discussing a possible exclusive pre-order bonus for Pokemon Scarlet and Violet. Alex_dlc claims that GAME’s Spanish Twitter account has revealed a statue of the 9th generation starter Pokemon and that this item will be an exclusive pre-order item in Spain.

It should be noted that this is just a rumor, and it is unknown if this is really an exclusive item for pre-order. If this were true, then this product would probably become a popular collectible, like this limited edition replica Great Ball, due to low availability. As publishers, Nintendo often blocks certain products related to its games, but only time will tell if this statue turns out to be exclusive.

Pre—ordering is a normal part of gamers’ lives, but some don’t participate in it for a number of reasons. These bonuses are a business tool, although some Pokemon fans may wonder why Nintendo limited this statue to Spain only. Although Pokemon Scarlet and Violet have left fans with a lot of other questions that they will think about before the release, for example, comparing Dynamax and the latest Terastic combat mechanics.

Pokemon Scarlet and Violet are coming soon, and Pokemon fans have a few topics to discuss before the fall release. The possibility that this pre-order is just one of them. Nemon’s new rival character has also caused a lot of fan speculation. While viewers are still left in the dark as to what plans there are for this possible pre-order item, fans can continue to discuss their opinion on the exclusivity of this possible item.

Why “Thinking like a Criminal: Beyond Borders” was closed after two...

MotoGP 21 Shows Evolution in Graphics, But Sins in Simulation