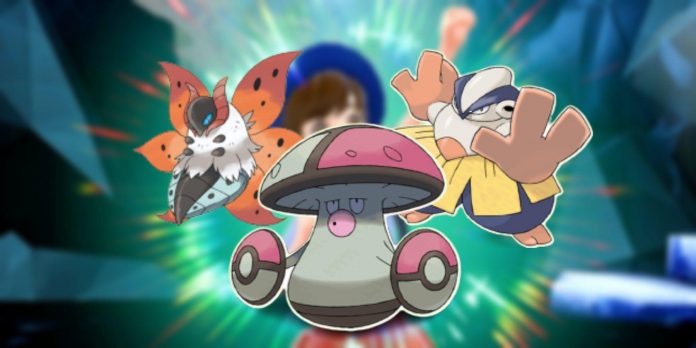 Pokemon Scarlet and Violet are coming out in just over three months, and many fans want to learn more about the games from trailers and official information. However, most of the information found online about Pokemon Scarlet and Violet comes from alleged leaks and rumors, with the two main sources of information sharing many details about Gen 9 games and the creatures they include. Among them is Riddler Hu, who has a proven track record and provided the correct information about Pokemon Legends: Arceus a few months before its release.

Riddler Khu posted new tweets today about some of the Pokemon Scarlet and Violet features and how they relate to the brand new pocket monsters they will include. An interesting clue that Hu shared is that Fuekoko’s evolution could really stand on two legs after rumors circulated that it would be a four-legged Pokemon. Both may be true, in this case, since it is likely that Fuekoko’s evolution will stand on two legs for specific attacks, rather than all the time, seeing as he should resemble a crocodile.

Hu then talked about Paradox Pokemon, which are ancient or future forms of existing creatures that supposedly can travel through time and appear in the modern region of Paldea. According to the tweet, it seems that the main villain of Pokemon Scarlet will use an ancient form of Volcarona, an ancient Amoongus, a “mag” Pokemon that could be a Magneton or Magnezone, a Pokemon associated with the moon that is probably a Jigglypuff, a Pokemon balloon, and a Pokemon wizard. It looks like the villain has different Pokemon Paradox based on the version, with a different team in Pokemon Violet.

In Pokemon Violet, this villain will use the future form of Volkarona, a Pokemon with “pigtails”, a future Hariyama, a chicken Pokemon that can be a Blaziken, a pokemon “Santa”, which is probably a future form of Deliberd, and possibly another undisclosed creature. This is a great source of information about which pocket monsters will be available in each version of the games, which is very important now because Pokemon Scarlet and Violet fans can’t make an informed decision about which version they should pre-order.

Hu also talked about what seems to be a trio of regional forms for Tauros, where the Pokemon bull has a black variant, a red variant and a blue variant. This is in line with what another insider said about Tauros having three regional variants in Pokemon Scarlet and Violet, which proves once again that this is probably the case. According to the leaks, there will be a combat-type Tauros, as well as a dual-type Fire variant and an Ice variant.

Recent leaks also concerned the 9th generation electric Frog Pokemon, which will be the first of its kind due to the fact that all existing pocket monsters frogs and toads are tied to water. It’s possible that there will be more leaks in the coming days, and the new Pokemon Scarlet and Violet trailer is likely to appear in September.