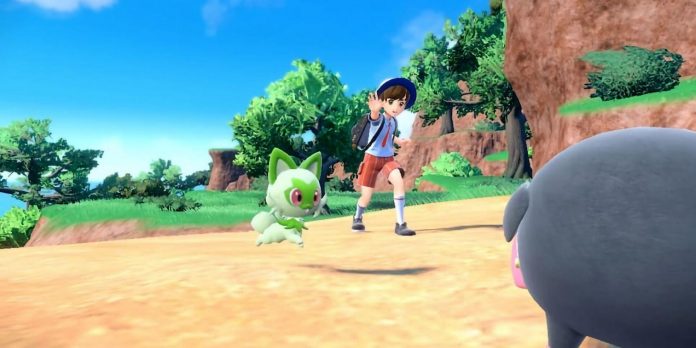 In the old Pokemon games, players could level up their Pokemon only by using them in battles. However, the new games in this series have given players more ways to earn experience points and level up, for example, using Exp Share. Exp Share gives experience points to Pokemon in your group, even if they didn’t actually participate in the battle. Autobits will be a new way for players to level up their Pokemon in an unconventional way.

Automatic Pokemon Scarlet and Violet battles are triggered when using the Let’s Go feature for Pokemon that players explore with them in the Paldea region. Players can choose any direction in which they want to send the Pokemon. This Pokemon will then spend its time participating in battles and collecting items, regardless of the player’s character. Pokemon Scarlet and Violet players can accompany their Pokemon while they are not fighting in auto battles, but they can also leave them on their devices. More detailed information about exactly how this function works, for example, how long it lasts, has not been reported at the time of writing this article.

Pokemon Scarlet and Violet are still a couple of months away from the release date, and therefore we need to imagine that there will be more trailers between them that fans can watch, even if they do not feature autobits. Reputable insiders have suggested that Pokemon Scarlet and Violet will add more than 100 new Pokemon to the franchise, and since only a few have been revealed so far, it is likely that there will be many more Pokemon discoveries before the games launch in November.