Home Entertainment Pokemon Scarlet and Violet Fan have come up with their own evolution... 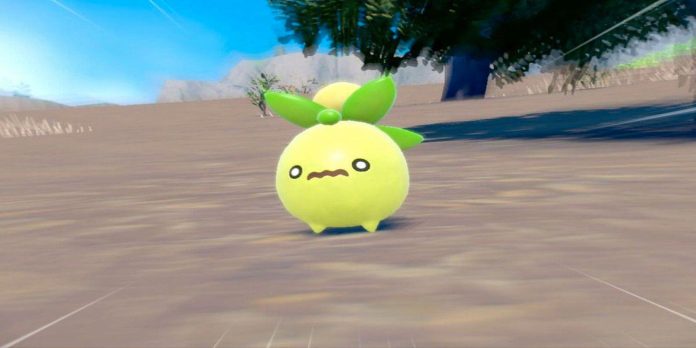 Evolution is one of the most fundamental aspects of the Pokemon series. Fans like to see what different forms the newest Pokemon will take when they get into the right conditions, including fan artists from the Pokemon community who are even developing their own evolutions for future Pokemon.

Smoliv is a grass and normal type Pokemon introduced in the latest Pokemon Scarlet and Violet trailer. Introduced along with four other new Pokemon, the Olive Pokemon forces fans to discuss their opinions about its current appearance and what they think this creature will turn into in the process of evolution.

A Reddit user under the nickname WhenBuffalosfly has developed his own interpretation of what the evolution of Smoliv might look like. The new form itself is called Olivolithil and becomes a pokemon of Grass and Fire types with the ability of solar energy. When Buffalosfly seems to have taken inspiration from the Grass and Poison type Roserade from Pokemon Diamond and Pearl, as Olivolithil has similar design elements such as the same body type and limbs. Olivolithil wears a devilish grin that matches the description of the fan-created Pokemon WhenBuffalosfly, describing him as mischievous and destructive.

My view on the evolution of Smoliv! from pokemon

The design itself has moved the olive elements into his hands, as they act as shooters in which the Olive Oil can drench his enemies with combustible oil. Although this is the latest WhenBuffalosfly fan art of its kind, they have developed their own evolutions for the 9th generation starter Pokemon. Other franchises for which this artist creates fan art include Five Nights at Freddy’s, Genshin Impact and The Owl House.

One thing fans might like about the evolution of WhenBuffalosfly for Smoliv is its typesetting. Fire and grass are one of the combinations of types that have yet to be introduced into the main Pokemon games. This may be due to the fact that combining the elements of fire and nature together is a difficult task for Game Freak and its designers, or they just haven’t come up with an inspiring concept for typing yet. Although the answer is unknown, this concept of Smolov’s evolution has given fans an idea of how it can be done.

Pokemon Scarlet and Violet still have a few months before release, which means that viewers are likely to see a few more unknown Pokemon. Among these new Pokemon disclosures may be the evolution of Smoliv or the starting Pokemon of Generation 9. Until viewers get a first look at these possible evolutions, fans will continue to speculate about their new forms.

New information has emerged from the PC version of God of...

How to Unlock All Hidden Characters in Fire Emblem Warriors: Three...