Home Entertainment Pokemon Scarlet and Violet: Everything we know about Grafaiai 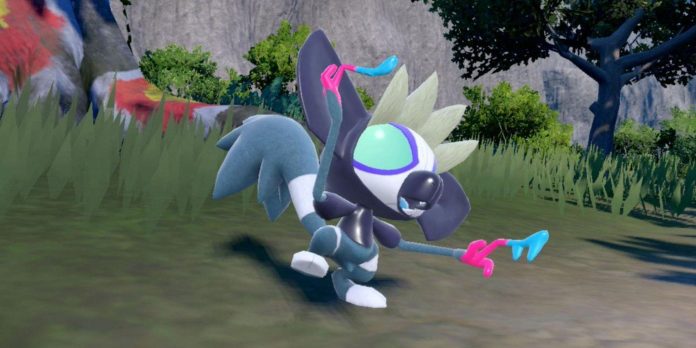 The number of newcomers for Pokemon Scarlet and Pokemon Violet has increased again. Upcoming Generation 9 Pokemon games have featured thirteen new Pokemon, including Paldin Whooper. Since there are only two and a half months left before the release of new games, it’s surprising that there are so few of them. There is a high probability that Game Freak uses a new approach to marketing Pokemon Scarlet and Violet, while most of the details of the games are kept secret.

There are many details that need to be discussed, as this will be the first Pokemon game with an open world. The player can completely traverse the Paldin region, and legendary images on the box can be obtained early on to help them traverse any surface. Pokemon will fight on the field, as in Pokemon Legends: Arceus, and up to four players can explore this world together in a multiplayer game. With three story paths that the player can take at their leisure, Pokemon Scarlet and Violet will be a completely new experience for many players. The most important thing left is the new Pokemon list, which looks strong so far. From now on, the number of new Pokemon is likely to increase, since most of the last week of August was devoted to the disclosure of information about the Graphai.

The Grafaiai reveal played out as a condensed version of the Pokemon Sword and Shield live broadcast. Considering how similar the silhouettes of Impidimp from Sword and Shield and Grafaiai are to each other, fans laughed at such a coincidence. Screenshots of forests were published, on which trees and stones were drawn either with colored stripes or colored circles superimposed on each other. After a couple of days of teasers, Grafaiai himself was shown with a computer graphics trailer created as if it had been filmed by a hidden camera, along with a brief gameplay video.

Grafaiai is a Pokemon Toxic Monkey, and its design seems to be a combination of ai-ai and a stereotypical graffiti artist. Its hind legs and tail are black with white stripes, and its upper body appears to be wearing a hoodie that wraps around its ears. The hoodie is replaced by a bunch of hair and an angry face. There is no word on whether this is real clothing that Grafaiai buys, or it’s just what Pokemon looks like. Despite this, his “sleeves” look as if they are rolled up, exposing long arms ending in bright red palms with three thin fingers. The middle fingers are especially long and are colored blue because of the liquid flowing from them, although it is mentioned in the background information of the Graph and that this color may vary depending on what the Pokemon ate.

This strange appearance should show that Grafayi is a finger—painting artist with a penchant for graffiti. It’s Poisonous/A common type who uses his poisonous saliva to attack his enemies. This organic paint smells quite sweet and attracts Pokemon beetles to the drawings she draws. The unsuspecting victim is immediately paralyzed when he touches the paint, but it is not known whether this implies the ability to apply the status of paralysis. Grafaiai may have the abilities of Unburden or Poison Touch, and it is unknown if he has any evolutions.

There is also an amazing amount of environmental storytelling going on in Grafaiai. They are moody, nocturnal and lonely, which somewhat corresponds to the stereotype of a graffiti artist honing his skills late at night. The patterns that Grafaya draws are physically present in the Paldea region, so players will most likely know where to find grafaya in the evening. If the description of the Graph indicates that there may also be Pokemon beetles nearby. Such integration between environmental assets and wild Pokemon has been a rarity in the series so far, as modern games depict Pokemon simply moving in the environment. We hope that this additional detail is a sign of future Pokemon games.

Zelda: How Princess Ruta ended up inside Lord Jabu-Jabu