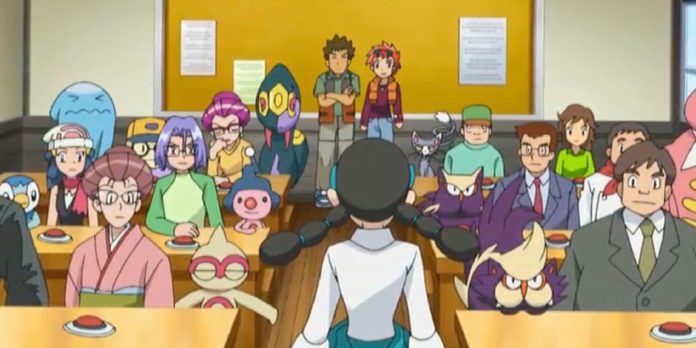 The competitive Pokemon scene is one of the biggest e-sports communities in the world. In August 2022, that community will be gathering in London, England for the annual Pokemon World Championships. Players of the Pokemon video games, trading card game, and spin-offs will compete against each other to become the world’s greatest trainers.

However, newcomers to the competitive scene may be confused by talk of the Pokemon Sword & Shield metagame. Through the strategy website Smogon, the competitive metagame is divided into several tiers based on the strength and usage of certain Pokemon. These seven tiers make up the primary Smogon tiers that Pokemon players adhere to in competitive play.

If players are wondering what “PU” stands for, it doesn’t. This tier name is a pun that basically means that all Pokemon placed in it, for lack of a better word, stink. These unfortunately include popular, fan-favorite Pokemon like Absol, Gallade, and Charizard. However, it’s still a much better tier than most other Pokemon get.

If a Pokemon doesn’t have enough strategies to warrant their placement in the PU tier, they are either Untiered. Pokemon that aren’t fully evolved also get banned to the NFE tier. However, many Pokemon in either of these tiers are eligible in higher tiers, meaning smart players can get mileage by utilizing a Pokemon that few players come across.

Some Pokemon in the NU tier include Golurk, Arcanine, Zoroark, and Decidueye. Some of these Pokemon, like Diancie, have stats that would seemingly make them more than viable in higher tiers, but suffers from flaws like weak Speed, few offensive options, or lack of chemistry with other, more viable Pokemon. Simply put, there are better options out there.

One of these Pokemon is Incineroar, whose access Intimidate and moves like Knock Off make him a serious physical attack threat. Others, like Mimikyu, have strategies that take advantage of priority attacks like Shadow Sneak and its ability, which allows the first hit it takes in battle to deal 0 damage to it.

Generally speaking, the Pokemon in UU are extremely viable in competitive play, though lack the popularity to place them in the OU tier. Some Pokemon in UU, like Aegislash, even placed as high as Uber tier in previous generations. Alongside Aegislash in this tier are Pokemon with powerful strategies like Venusaur, Keldeo, and Azumarill.

Given the fact that all the Pokemon in the UU tier are usable in OU, they make for great choices in a team looking to shake things up in OU or Uber. A good example of this is Hatterene, who boasts incredible Special Attack stats with abysmal Speed, making it a great option for Trick Room teams that prioritize Pokemon with low Speed.

Some Pokemon, for better or worse, imbalance the metagame of each respective tier, resulting in becoming banned. For UU specifically, the ban list includes Pokemon who are strong enough to be in higher tiers, but don’t have the usage or popularity needed. This small group includes Pokemon like Blaziken, Hawlucha, Gengar, and Alakazam.

While they can’t be used in the UU metagame, these Pokemon make for great options in OU and Uber metagames. Hawlucha, for example, pairs well with OU Pokemon like Tapu Koko. Latias and Latios, on the other hand, excelled in the competitive scene with their Mega Evolutions, which currently aren’t accessible in Sword & Shield.

Most serious competitive teams will feature several Pokemon from the OU tier. This tier features a short group of Pokemon who are both powerful in their stats, abilities, and movepool, which the usage to make them common threats. This is both a blessing and a curse; while these Pokemon are strong, they’re often predictable and easy to deal with.

Among some of the best in OU includes Victini, Rillaboom, Alolan Ninetales, and Garchomp. The tier also has its share of defensive walls like Ferrothorn and Toxapex, which make for great supports for any team. Many OU Pokemon, like Therian Landorus, Heatran, and Regieleki, see enough competitive play to be serious threats to experienced players.

The Uber metagame is the most inclusive out of Smogon’s tiers, as it allows a free-for-all between all available Pokemon. The Pokemon included in the Uber tier are often considered overpowered, and their inclusion in lower tiers would greatly imbalance the metagame. Some formats allow for a maximum of two Uber Pokemon per team.

The 9 Best Netflix Documentaries That Aren’t About True Crimes, According...

Bloober Team Has At Least Two Games In Development