Home Entertainment Pokémon Red and Blue: This Is The Bike Of The Game In... 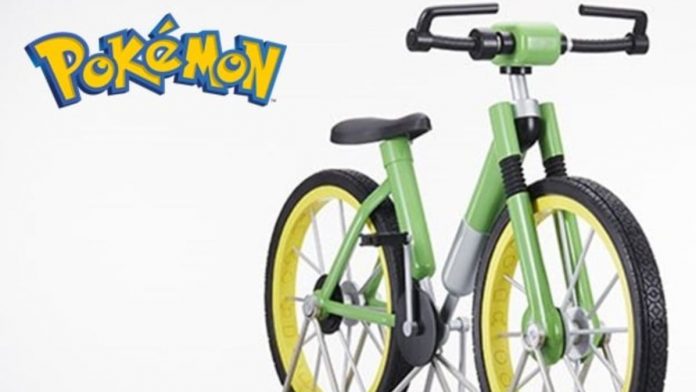 Pokémon Red and Blue: The contest, available to residents of Japan, features the famous bicycle that we could never buy in our first Pokémon adventure. Pokémon Red and Blue represent the birth of one of the most popular sagas of all time. Many of us have grown, but we cannot forget what our adventure was, capturing, training and fighting alongside Charmander, Bulbasaur, Squirtle, Pikachu and company. Among all the memories that we keep, there is a very special one: that of being offered a bicycle for the price of which amounted to a million, a figure impossible to reach on the game’s counter (999,999). And now, if you live in Japan, you have the possibility of having a real Pokémon bike, as The Pokémon Company has decided to create and raffle.

The bicycle, painted in those unmistakable green and yellow colors, has several details that will delight fans of the franchise: the initial Pokémon are engraved on the inside of the rims, while the design of the tires show different Poké Balls, which also appear on the handlebars. Of course, it should be borne in mind that it is a merely decorative object; It is not made to be driven. In the following video you can appreciate all the details.

Beyond the recent New Pokémon Snap and Pokemon Unite, the saga has two new releases prepared for the coming months. The first of them (November 19) is Pokémon Shiny Diamond / Pokémon Shimmering Pearl, remakes of the original installments that we saw on Nintendo DS back in 2006. The second and more enigmatic is Pokémon Legends: Arceus, an open world proposal in the that we will explore the mountains of the Sinnoh region, which is scheduled to launch in early 2022.

Pokémon Red and Blue first came to the Game Boy in 1996 (Japan). In Spain we had to wait until November 1999. Just a few years ago, Nintendo decided to launch it on Nintendo 3DS as well.