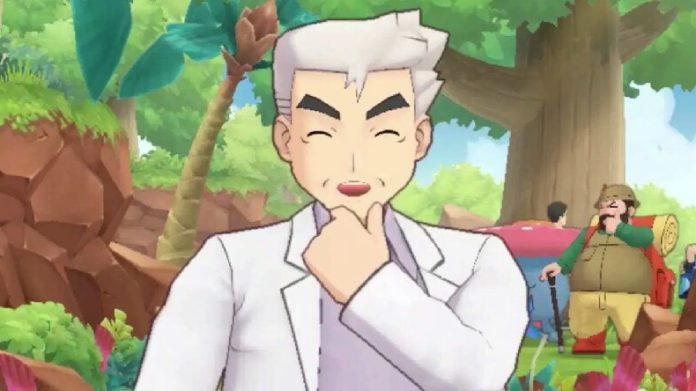 Launched in the middle of last year, Pokemon Masters got Professor Oak with a new update coming today. Professor Oak, who will come with a legendary Mew to use in battle, can be obtained by completing the tutorial.

Once upon a time, Professor Oak was an instructor before he became one of the most famous researchers in the Pokemon world. Nevertheless, we never saw this side of him. Instead, the professor gives you only a starting monster and then continues as your advisor. At least until now this situation has been going on.

The new Pokemon Masters update added to the game on Friday will include Professor Oak more in the game. At this point, with the new update, the Pokemon expert will come up with a legendary Mew to use in battle. Anyone who completes the tutorial by March 15 will be able to get the character. The game will include a Sync Pair story to explain how Professor met Mew, and some of Oak’s friends, like Agatha, will be added to the game with additional content.

Players logging into Pokemon Masters by February 27 will be able to receive many gifts for free:
The original Pokemon Red and Blue contain unused files that will make Oak one of the most powerful enemies players can encounter towards the end of the game. Professor Oak if he had been involved in the war; it would have level 66 Tauros, level 67 Exeggutor, level 68 Arcaine and level 70 Gyrados.

Players who log into Pokemon Masters every day until February 27 will have a total of 3,000 jewels for free. However, other things players can achieve by logging into the game every day include 10 Evolution Shards and 3 Evolution Crystals, as well as new music and decoration items.