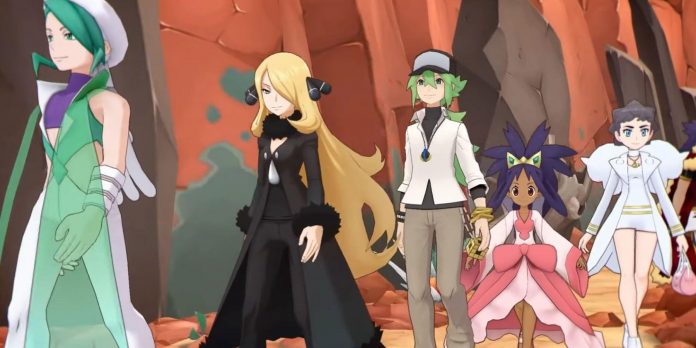 The Pokemon franchise has a dedicated global fan base that enjoys a variety of movies, games and TV shows. The popularity of Pokemon in the gaming industry is impressive, as evidenced by the release of famous games such as Pokemon Masters EX, Pokemon Sword and Shield, Pokemon Red and Blue and many others. After a successful launch in January, the latest installment, Pokemon Legends: Arceus, is now among the top three best-selling games of 2022.

On August 3, 2022, The Pokemon Company introduced many updates for current and future Pokemon games via the Pokemon Presents live stream. Half of the live broadcast was dedicated to Pokemon Scarlet and Violet, during which many interesting details were revealed regarding the recently introduced Pokemon and regions. While the other half of the presentation provided a wealth of information for almost every other Pokemon game that is still receiving updates, one of the significant discoveries that excited fans is the addition of a new location to Pokemon Masters EX.

On August 28, Pokemon Masters EX is approaching its third anniversary, which may be hard for some players to understand, and fans will be able to celebrate with the new Trainer Lodge. Although there isn’t much information about this new content update right now, fans can expect more details to be posted soon. N, Rosa and Professor Sycamore were the three Trainers Lodge trainers who were made public during the Pokemon Presents broadcast. These three will be joined by six more coaches who have not yet been revealed. It is expected that the full initial list of coaches will be made public in the near future.

According to several leaks and rumors, fans will have the opportunity to invite certain coaches to stay at The Trainer Lodge as guests. Players will be able to win awards exclusive to Trainer Lodge and view unique stories while chatting with trainers. It is expected that in addition to interacting with coaches, the update will include other features, but fans will have to wait for additional official information.

The live broadcast of Pokemon Presents also revealed a lot of new details about other updates to the popular series of games. Later this month, for the first time since 2019, the Pokemon World Championship will be held in person. Pokemon World Championships will include Pokemon UNITE and Pokemon GO in the game lineup, along with Pokken Tournament and Pokemon Sword and Shield.

Pokemon Go will feature a new item called Daily Adventure Incense, which will allow players to attract non-local Pokemon for 15 minutes every day. The live broadcast also confirmed that a previously unannounced game mode called Pika Party will debut in Pokemon UNITE along with Buzzwole, and Mewtwo will return to Pokemon Cafe Remix.

The Most Important Episodes of Uhura’s Star Trek