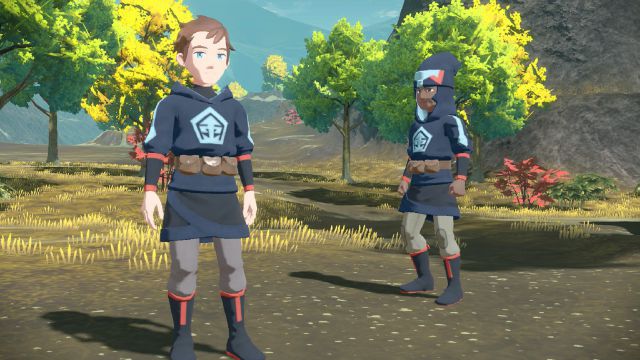 Pokémon Legends: The Game Freak title for Nintendo Switch presents these teams that we will find during the adventure in the Hisui region. Launching in January 2022. Pokémon Legends Arceus has published a new trailer delving into the intrahistory of the Hisui region, the ancient Sinnoh in which the adventure of the long-awaited Nintendo Switch title takes place. The Clans, the name given to these teams in charge of taking care of the Guardian Pokémon, reside in the confines of the huge island. We tell you who they are and what they do.

The Pearl and Diamond Clans, what do they do?

The Hisui region, a name that the Sinnoh region received “a long time ago”, is the enclave of our adventure, this time focused on the mechanics of exploration, action RPG and traditional turns. In it we will find two clans, not just Team Galaxy.

In addition to our task as investigators of the first Pokédex in the Pokémon world, along the way we will meet the Diamond Clan – led by Adamas, whose partner is Leafeon – and the Pearl Clan – led by Nákara, whose partner is Glaceon -, designated Guardians; your mission is to take care of these Pokémon. Both clans have a being venerated: Dialga and Palkia, respectively, whom they refer to as “Great Sinnoh.” Why? Why do the two of them have “Great Sinnoh” as their higher self? We will have to wait until next January to find out.

Reds Without an Advantage in Malaise in The Middle of The...