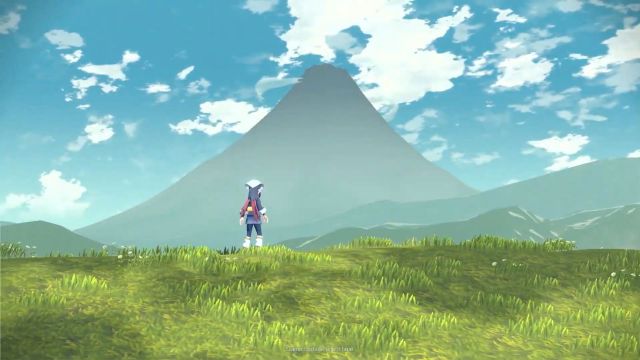 The new title in the saga is developed by Game Freak and will go on sale in early 2022.

Nintendo Presents had another bomb in store, although as in the case of the Pokémon Diamond and Pearl remakes, the surprise has been somewhat clouded by the leaks that have occurred hours before the event. Be that as it may, Game Freak is working on a new game in the series, which will be available in 2022 and will add open-world elements. It is about Legends of Pokémon Arceus, a game that will be set in the same region as Shining Diamond and Shining Perskla, that is, Sinnoh.

The Pokémon Company promises that the gameplay will mix features of the past with new mechanics. On this occasion, to catch wild Pokémon it will be necessary to study their behavior, sneak up on them and throw the Poké Ball at them when the situation is right. At other times, we will have to fight them, as in other enteegas of the saga.

Although the story will take place in Sinnoh, we are facing a version of the past, long ago. It is an area full of nature, in which Monte Corona is in the center of everything. Here the first Pokédex in history will be created. The starter Pokémon have already been revealed: we can choose between Rowlet, Cyndaquil or Oshawott

A different approach to the traditional

Pokémon Sword and Shield have been the most recent games of the main saga, two editions of which a great leap was expected compared to Pokémon Let’s Go Pikachu / Eevee! Among the most notable novelties is the possibility of fighting against huge versions of the creatures that live in the Galar region, an area of ​​industrial aesthetics, which nevertheless does not lose its green areas.

The Japanese developer, which is the original creator of the license, will therefore not launch an improved version, as it happened in other generations. They will take a more ambitious path, as Pokémon Sword and Shield have been expanded through two expansions, The Island of Armor and The Snows of the Crown.

The remakes of Pokémon Diamond and Pearl are developed by Ilca, a company that has worked mainly as a support studio in some games such as Dragon Quest XI or Nier Automata. In addition, those who want more will have the opportunity to enjoy New Pokémon Snap, which takes the Nintendo 64 game as a reference, although this is not a remake.