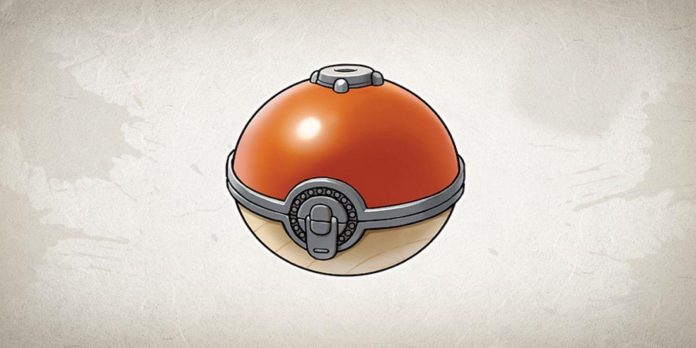 Pokemon Legends: Arceus is the latest game from the Pokemon franchise. Being in the distant past of the Shinno region, known at that time as the Hisui region, players experienced a completely new type of Pokemon adventure, exploring the locations of the semi-open world and catching Pokemon in real time. Pokemon Legends: Arceus has enjoyed great success with Pokemon fans.

This popularity has led to several fan artists creating creations inspired by the world of Pokemon Legends: Arceus. While some fans will draw new Hisuan forms of certain Pokemon, others create content focused on the many new characters that players will meet in the game. One fan decided to use his rendering skills to create a 3D mock-up of an ordinary item from the Pokemon series.

A fan artist on Reddit named Tyrr_D has created a 3D rendering of Hisuian Poke Ball, which players will receive during their adventure. Long before the creation of standard pokeballs at that time, people used these wooden variants. The render is a realistic Poke Ball design, showing the marks on the wood and the shine of the metal hole located on top of the Poke Ball.

This is not my favorite style, but I decided to try a realistic visualization using a 3D model of Hisuian Poké Ball that I made. from pokemon

Although this is the latest Tyrr_D fan art for this franchise, they have created art for the grass-type starter pokemon Pokemon Ruby and Sapphire Treecko. As a 3D rendering artist, Tyrr_D has created other works for various franchises, including Digimon, Hell Boy and Darkstalkers.

Realistic fan art for a very stylized game is a popular trend enjoyed by some fan artists. The Pokemon game, developed for children and Nintendo consoles, is a franchise with an incredibly stylized world, every aspect of which is colorful and safe for children to watch. Fan art of this kind may have become more popular due to the desire of some fans to see their favorite franchises in a mature or darker light. Pokemon isn’t the only Nintendo franchise to have similar content, as Super Mario and The Legend of Zelda have also seen their share of realistic fan art.

With such a popular and well-known franchise as Pokemon, fan creations of different natures will definitely appear. Some create plush toys or wood carvings for the newly introduced Pokemon, while others may use animation to express their love. With the next generation of Pokemon games on the horizon, fans will have a lot of new content.

Pokemon Legends: Arceus is already available on the Nintendo Switch.