Home Entertainment Pokémon Legends: Arceus And The Diamond And Pearl Remakes Now Have A... 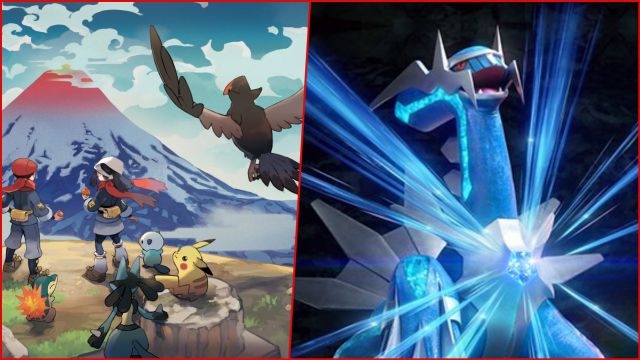 Pokémon Legends: We know the official release date of the next two Pokémon installments, both the Diamond and Pearl remakes and Pokémon Legends: Arceus. Pokémon marks the official release dates of its next installments on Nintendo Switch in red. Pokémon: Shiny Diamond and Pokémon: Shining Pearl, the remakes of their respective editions, will debut on the console on November 19, 2021; on the other hand, we will have to wait a little longer for Pokémon Legends: Arceus. The enigmatic Game Feak project is scheduled to be marketed from January 28, 2022.

Upcoming Pokémon installments on Nintendo Switch: what can we expect?

The first title to land on this grid goes through the remakes of the fourth generation of the popular license. Pokémon: Shiny Diamond and Pokémon Shimmering Pearl return us to the Sinnoh region, which will change its appearance compared to that originally seen on Nintendo DS. This work is the result of the collaboration between Game Freak and ILCA, the studio in charge of carrying the weight of development. In the address are names like Junichi Masuda and Yuichi Ueada. The graphics will be improved through a renewed visual style that respects the scale of towns and routes.

The other big project on the table is Pokémon Legends: Arceus. We will not leave Sinnoh, but we will go back in time. The adventure will immerse us in the past, in an area plagued by nature, where we see the first steps of the journey of the Pokémon trainers. The company treats it as “a new direction” in which “the playable core of previous Pokémon games is respected while introducing new elements of RPG and action.” As we can see on the official cover, at the top of Monte Corona there seems to be an unknown location so far. Which direction is it pointing? We must wait for more details to be shared.

Given the changes that this spin-off will bring with it as a prequel, through this link we will tell you in greater depth about the origin of Sinnoh and the legends around Mount Corona, the heart of the region. Also, click here to see the Pokémon confirmed so far.

End of the party: Steam bans games that allow cryptocurrency and...

Robert Downey Jr. Will Play A Variety of Roles In New...