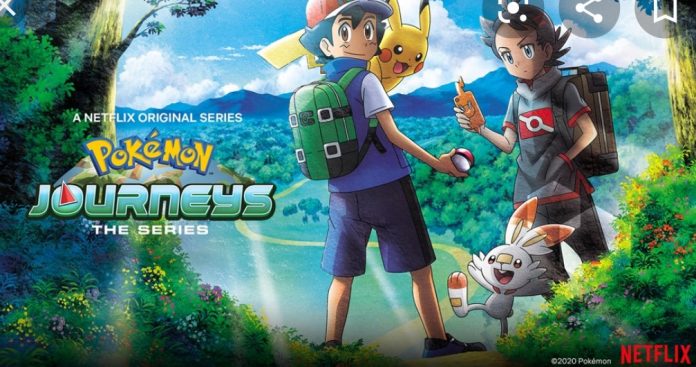 The new Japanese introduction to the currently airing Pokémon Journeys anime series reveals that some iconic characters are finally making a comeback.

The Pokémon anime series has been running since 1997 and has undergone some changes over the years. As protagonist Ash Ketchum continues on his journey to become the ultimate Pokémon Master, the 10-year-old has traveled the world.

Now in Pokémon Journeys, Ash is focused on seeing the entire world, including the Galar region of Pokémon Sword & Shield. As such, many old friends and fellow Pokémon are making welcome appearances.

And in the new Pokémon Journeys opening, it looks like more fan-favorite characters are about to return.

It looks like the most iconic trainers in the Pokémon series are about to make their long-awaited return in Pokémon Journeys. After the debut of the new Japanese anime intro, fans quickly recognized several notable faces.

First up is Iris, Ash Ketchum’s partner in the Black & White era of anime. Along with her partner Axew and her partner Cilan, the trio were together throughout Ash’s exploration of the Unova region.

In game canon, Iris will become one of Unova’s gym leaders and eventually its league champion. We are excited to see how she has changed her character since her last appearance.

But perhaps even more exciting is the return of one of the most renowned trainers in the Pokémon franchises.

Gary Oak is Professor Oak’s grandson and is one of Ash’s longest rivals. In fact, Gary was the first Pokémon rival Ash Ketchum came across, taunting the young trainer since episode one.

Gary’s strategy to become the strongest Pokémon trainer was to catch as many as possible, and he rarely lost a battle. However, after being defeated by Giovanni’s Mewtwo and losing the Pokémon League, the trainer made some much-needed changes.

Now a more respectful trainer, Gary decided to follow in his grandfather’s footsteps and become a Pokémon researcher. The character last appeared in the Pokémon Diamond and Pearl anime series.

The fact that Gary Oak is returning is sure to excite a lot of old-school Pokémon fans. We also know that we will find out more about Ash’s father in the next Pokémon movie.

These callbacks are certainly getting older fans interested in the new Pokémon anime series. And now Pokémon GO also gives players the opportunity to become coaches of the game, fulfilling the dream of all fans.

And a major new leak from Nintendo reveals new Switch titles coming in 2021. One of them is sure to make Pokémon fans very happy.