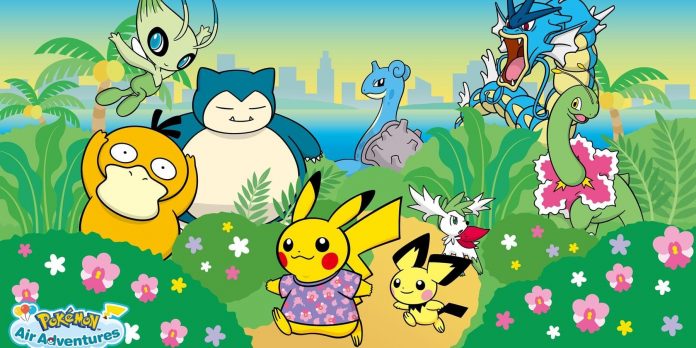 Many Pokemon fans are probably excited to see various aspects of the fandom embodied in real life. Whether it’s Pokemon-themed merchandise and products, real life-size statues of beloved pocket creatures, or even events, the fandom community seems to love sharing Pokemon news with each other. Now Pokemon has announced that it is sending Pokemon-themed passenger planes to fly around the Southeast Asian region, which is likely to appeal to fans based in the area.

This isn’t the first time The Pokemon Company has produced Pokemon-designed planes. In Japan, the company sends Pokemon ambassadors to the prefectures of the country to promote the development of local tourism. And this sometimes includes the use of Pokemon-themed passenger planes as part of a tourism campaign. As regional and international travel reopens, it’s no surprise that The Pokemon Company hopes to further expand its scope by partnering with carriers from Southeast Asia and placing Pokemon designs on its planes.

In an official release, The Pokemon Company announced that it is collaborating with Singapore-based airline Scoot to make Pokemon closer to its fans in the region. In photos released to the general public, the Boeing 787-9 Dreamliner will have a Pokemon-centric design that was specifically designed for this aircraft. Inside the plane, passengers can enjoy products decorated in the style of the iconic electric Pikachu, as well as other popular pocket creatures. The aircraft has received a special name “Pikachu Jet TR”, and its first flight will be made on September 9 from Singapore to Tokyo. From now on, fans can try to spot the plane flying on routes in Asia, mainly between Singapore, Tokyo and Seoul.

Pokemon—themed airplane is not the only event that The Pokemon Company will hold in Singapore. To celebrate the partnership with Scoot and the presentation of the special Pikachu Jet TR, a special event dedicated to Pikachu will be held in the country on November 18-20, 2022. Moreover, Pokemon GO will also be held this weekend. Safari Zone event, where avid players can take part in real physical exercises for a mobile game.

While The Pokemon Company seems to be focusing on Asia for its Pokemon-themed planes, it’s possible that the company will be bringing them to the western shores soon. Travel restrictions are easing, and the number of flights is already growing. Hopefully, this will encourage the company to expand the flight routes of its Pokemon planes in the near future.

Pokemon: Pikachu should get regional options

Disney Twisted-Wonderland Arrives In The West In January