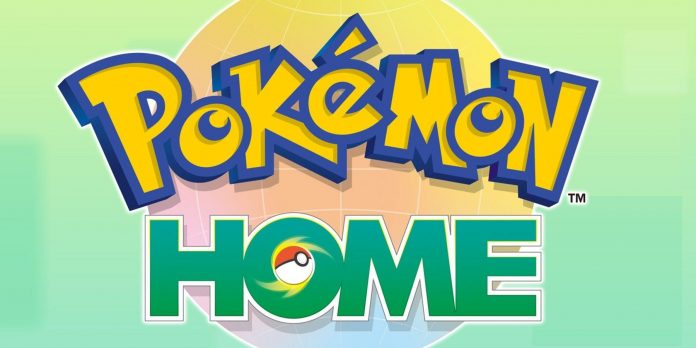 Pokemon Home is a cloud—based Pokemon storage service that allows players to store their Pokemon from different games of the franchise, both basic and mobile, in the cloud. Inspired by Bill’s PC in Pokemon games, Pokemon Home is a logical way for players to transfer their favorite Pokemon to new games, instead of leaving them in old games and starting from scratch.

Originally released in February 2020, Pokemon Home is a valuable resource for players who would like to transfer their Pokemon from one game to another, especially between platforms. However, this is a paid subscription service, and players need to know all the details about how they can carry more Pokemon in Pokemon Home in order to use the service most effectively. A new update for Pokemon Home (2.0.2) is currently available, although it is currently only offered for mobile devices.

The update is not complete and includes only minor changes here and there with no changes to the Pokemon Home scoring system or any major changes to the subscription model. The main change of the update is that it gives players the option to completely delete their accounts if they so wish. Other changes in the update basically just solve common problems that players have encountered when working with the service. A full list of patch notes is provided at the end of this article.

Pokemon Home’s ability to transfer Pokemon between mobile devices and consoles is very attractive to players, because Pokemon GO is a popular way to catch different Pokemon from different generations and then use them in other games. Especially since Pokemon games are known for their exclusive versions of Pokemon, Pokemon Home makes it easier for finishers and collectors to really catch them all, one way or another.

Another advantage of Pokemon Home is the ability to get more than one starter Pokemon, for example, a promo to get all three starter Pokemon from Pokemon Legends: Arceus. Pokemon veterans are always tormented by the choice of which starting Pokemon to choose when they start a new game, but Pokemon Home relieves this tension.

As more and more Pokemon games are released and more and more Pokemon are added to Pokedex, players are looking for improved storage systems and new ways to transfer Pokemon from previous generations to their new games. Pokemon lovers enjoy the opportunity to travel to new regions with all the Pokemon they have caught in the games they have played throughout their lives.

The full notes for the Pokemon Home update patch are as follows:

The player of Red Dead Redemption 2 caught a huge fish