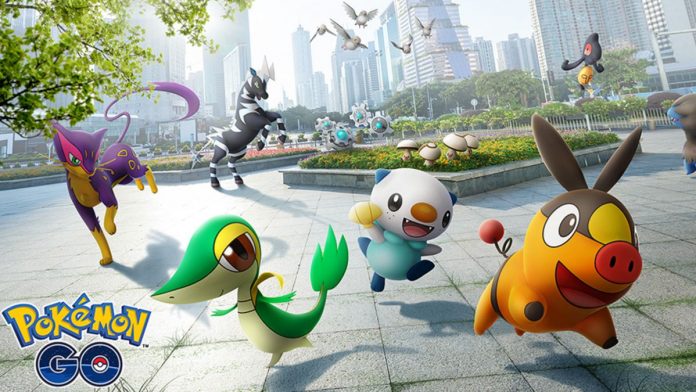 Trainers around the world will be able to enjoy the Niantic game news almost as soon as the new year 2021 begins.

Following the Kalos Celebration Event, and before Niantic’s game kicks off the Pokémon GO: Kanto Tour, the developers are working on a new event that will commemorate the Unova region. This was revealed on the official website of the video game, where they confirmed that this activity is scheduled for next January 5. It will start at 10:00 a.m. (Spanish peninsular time) and will run until Sunday, January 10 at 8:00 p.m.

During the course of the event, some wild Pokémon will appear more frequently: Snivy, Tepig, Oshawott, Lillipup, Herdier, Blitzle, Roggenrola, Drilbur, Scraggy, Tympole, Venipede, Trubbish, Gothita, Solosis, and Ferroseed. Also, if you’re lucky, you might come across a shiny Snivy. On the other hand, the 5 km Eggs will hatch for the following creatures to reach the world: Roggenrola, Sewaddle, Petilil, Emolga, Karrablast, Joltik, Elgyem and Shelmet.

Niantic promises exclusive field research tasks, for which we will get Stardust as a reward and special encounters with Pokémon such as Snivy, Tepig, Oshawott and Ferroseed.

Pokémon in raids: which ones will appear

Pokémon GO is available for free on Android and iOS devices. Niantic asks for prudence and respect for the rules stipulated by the health authorities.