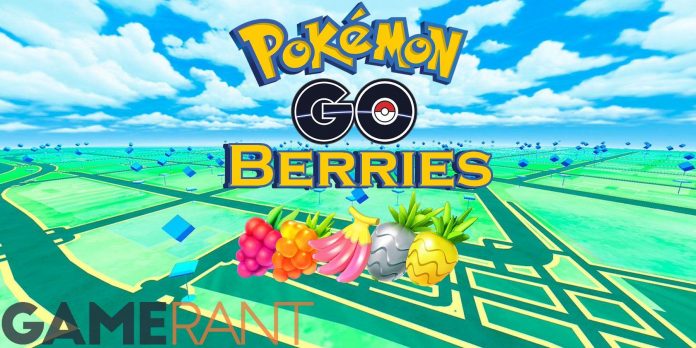 In Pokemon games, berries are a held item that can restore a Pokemon’s health when its health drops below a certain level. There are also berries that can cure paralysis, poison, or other status effects. Generations 3 and 4 expanded the mechanics of Berries, creating new ones and giving each its own design and name. Berries in Pokemon GO do not cure Pokemon and do not cure status ailments, but they can be used when catching Pokemon.

While there are more than 40 different types of berries in the main Pokemon games, there are only five in Pokemon GO. Similarly, their effect in GO differs from their main counterparts. Players may wonder if they should use them when catching Pokemon or if they should be rescued. The answer depends on the players themselves and the type of berries they collect.

All types of berries in Pokemon GO

Since there are only five types of berries out of 43 in most Pokemon games, it is obvious that their use and effect in Pokemon GO will be very different. Berries in GO: Nabnab, Razz, Pinap, Golden Razz and Silver Pinap Berry. With the exception of the first three, the Gold and Silver Berries were created exclusively for Pokemon GO and currently do not exist in other parts, except for the Silver Pinup Berry, which can be obtained in Let’s Go, Pikachu!/Eevee!.

The following table lists all the berries and the places where players can get them:

How to use berries in Pokemon GO

There are several ways to use Berries in Pokemon GO. The most obvious way is to throw them at wild Pokemon. However, players who have a few spare ones may want to keep them for some other GO features.

To use the berry when catching Pokemon, players just need to click on the Pokemon that appears on the world map, and then select the berry circle icon in the lower left corner of the screen. From there, they will need to choose a berry and “throw” it towards the Pokemon.

It should be borne in mind that the berry effect will not last forever and will disappear in a move or two. Therefore, it is important that players try to catch Pokemon immediately after using the berries, so as not to waste them. Some Pokemon get rid of the effects of berries faster than others. One of these groups of Pokemon are shadow Pokemon, which are generally more aggressive than their normal counterparts.

Another way to use berries in Pokemon GO is to feed them to Pokemon protecting the gym. Every time the Pokemon stays in the gym, it will have a pink heart icon. This indicates their Motivation, which decreases the longer the Pokemon protects the gym from raids. While there is no raid in the gym, players can feed their Pokemon berries to increase their motivation. When feeding Pokemon here, the effects of berries will not matter. However, giving Pokemon Golden Razz Berry will maximize their motivation. It is not recommended to use Golden Razz Berries in this way because of their rarity, but ultimately it is the player’s choice.

Call of Duty Modern Warfare 2 Preview: The Same, But It’s...