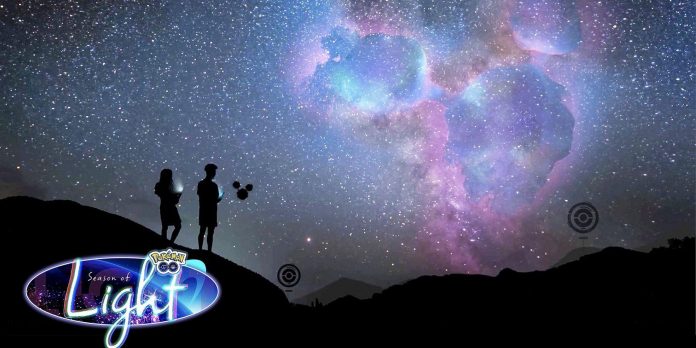 Pokemon GO has officially started the Season of Light, which updates the Pokemon available in raid battles, adds a new Special Research quest for players and much more. Any Pokemon GO fans interested in solving the new challenges awaiting them in Season of Light can do so now, as even more content is planned for the season in the coming months.

In Pokemon GO’s Season of Light, Professor Willow has returned from the Ultra Beast wormhole with the legendary Pokemon Cosmog in tow. Cosmog is getting to know Pokemon GO through a new special research quest called “Space Companion”, which will be distributed throughout the Season of Light. The first part of the special study is available now, the second stage will begin on October 5, and the third and last part of the special study of the space companion will be available to Pokemon GO players from November 23. Anyone who plays Pokemon GO. From today until 9:59 a.m. local time on December 1, they can apply for a special Cosmic Companion study for themselves.

On the first page of the Cosmic Companion special study in Pokemon GO, players are invited to catch 15 Pokemon, make 10 curve throws and catch 15 psychic-type Pokemon. After its completion, Pokemon GO players are rewarded with a meeting with Cosmog. After that, three more steps are available, although Pokemon GO players will have to wait on October 5 for the next part of the quest.

Pokemon GO Cosmic Companion Special Research will probably be the most exciting Season of Light update for fans, but you should always keep in mind the changes in raids. Niantic has changed the Pokemon available in Pokemon GO raids as part of the new season, and Deoxis has become the main new attraction. Pokemon GO players can face various forms of Deoxis from now until September 13, after which it will be replaced by another legendary Pokemon.

There will be other events to look forward to during Pokemon GO Season of Light, such as Medicham as the current research breakthrough reward and a limited-time exploration involving Psychic/Dark-type Pokemon Inkay, as well as new Pokemon for players to catch in the wild. However, at the moment Pokemon GO Season of Light is focused on introducing the legendary Pokemon Cosmog to the game, and fans can catch them now if they manage to complete the Special Research Cosmic Companion quest.