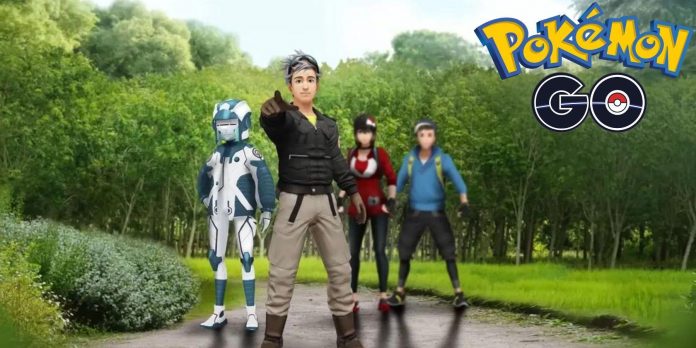 The Pokemon GO game conquered the world when it was launched in 2016. The ability to interact with monsters in augmented reality and see them around turned out to be a quick recipe for success. In fact, Pokemon GO had one of the biggest mobile game launches of all time. However, fans have been disappointed by the lack of graphical improvements since the game’s debut.

Mobile games are not often innovative in terms of graphics, but Pokemon GO still lags behind the competition. Thanks to Professor Willow’s updated appearance, it becomes clear that Niantic can offer fans a better product, but it has yet to improve the appearance of team leaders, players and the gaming environment. If Niantic doesn’t want to fall out of favor with fans, it should take the initiative regarding visual updates.

At the conclusion of Pokemon GO Fest 2022, Professor Willow returned to phones around the world. During the first week of the event in June, Willow mysteriously disappeared into an ultra-wormhole and was replaced by Ri, a member of the ultra-intelligence squad GO from another dimension. Players were given research tasks to help find Professor Willow. Finally, after months of searching for clues to the professor’s whereabouts, Willow appeared safe and sound and with a completely new look.

Some fans have speculated that the original Willow was replaced during his hiatus, but in fact he has just been transformed in the graphics department of Niantic. It seems that time away from Professor Willow has worked wonders, as his new image has dazzled fans. With more defined facial features, a new outfit, and more realistic hair, Willow’s appearance is a sign of what might be in store for Pokemon GO player customization.

While Pokemon GO is full of non-standard outfits for player characters, the actual visualization leaves much to be desired. Each player’s character looks almost the same, regardless of the chosen hair, skin color, or other specified attributes. In particular, facial features are indistinguishable and indeterminate. Some fans have even noticed that newer high-end mobile devices have the same graphics quality as the old ones.

Since the launch, one of the attractions of Pokemon Go has been augmented reality features. It was exciting for Pokemon fans to see little monsters around their home, but many players prefer to leave the augmented reality system turned off and interact with their Pokemon in a more virtual environment. Despite this, Niantic has mostly preferred to keep the environment unchanged since its launch. The cut scenes taking place in Professor Willow’s newly renovated open-air laboratory have mostly remained the same. Pokemon GO research tasks should be the best part of the game, but their cut scenes are boring.

The map exploration graphics have also remained the same since Pokemon GO’s initial debut. Players who live in the center of a big city are surrounded by green grassy fields, an unrealistic depiction of the environment. While it doesn’t necessarily have to look like players are walking through a real city, showing off existing buildings on the map can add an extra layer of realism to the game.

Even for gamers who like augmented reality, there are certain areas where a virtual game is needed. Battles and raids in gyms, two of the best features of the game, take place in a completely virtual environment. While both are always interesting, visual improvements can bring new dynamics to Niantic’s signature game. No one expects Pokemon GO to look truly authentic, but some visual improvements could go a long way to keeping players interested as it faces increasing competition from the best mobile games.

In Marvel’s Hulk-Wolverine, the problem with Bruce Banner’s transformation has been...

Subscription Of Payment In Telegram If You Do Not Want To...