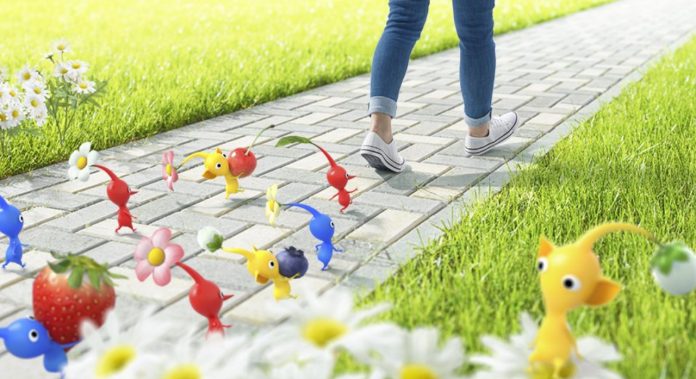 Niantic, the creator of Pokémon Go, announced that it has begun testing for the Pikmin AR game in Singapore. The game, which was shown for the first time last week, will be released worldwide this year. However, Singaporean players started playing the AR game early, thanks to the test version.

Niantic Labs announced on its Twitter account that the testing of the game has started, “We are excited to announce this as a result of our partnership with Nintedon. We started testing our Pikmin-based mobile application in Singapore! Sign up now to join the brand new Pikmin hiking experience ”.

Pikmin: the starting game of the new partnership

Singaporean player Elias Chew shared some notes about the test version of the game on Twitter. Chew announced that he received privacy notices while playing the game. How the game works exactly has not been published yet.

However, Chew explained to another Twitter user that the game uses Google Fit’s step count data to grow Pikmin while walking.

We're excited to announce that, in partnership with @Nintendo, we've begun testing our Pikmin-based mobile app in Singapore! Register now to participate in this all-new Pikmin walking experience. https://t.co/mdA6zRTAgj

Niantic has not yet specified when the game will arrive in other countries. However, both Pokémon Go and Harry Potter: Wizards Unit had been secretly released in Australia and New Zealand. It is thought that these regions will still be able to access the test version before the full release.

The Pikmin game marks the beginning of a new partnership that will “jointly develop mobile games” using Niantic’s AR technology and Nintendo’s characters.

Pokemon Go, which was released on July 6, 2016, was the most popular game in a short time. The game, which swept the whole world with its release, has become the focus of attention from 7 to 70.

The game, which uses the AR technology of the period to the end, did not fall off the agenda for a long time with both single player and multiplayer modes. Published by The Pokemon Company, the iOS and Android-based augmented reality game still continues to attract many people.

After 5 years of Pokemon Go, the developer company wants to continue the craze it caught with Go with the new game Pikmin.

How did you find the new game Pikmin developed in partnership with Niantic and Nintendo? Do you think it can achieve the success Pokemon Go has achieved? You can share your ideas with us in the comments.

Dying Light 2 Will Have a Presentation Full Of News At...