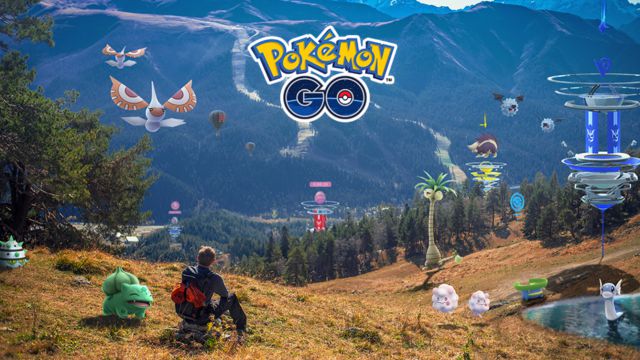 Pokémon GO: The video game’s website is updated with a new wallpaper. Niantic anticipates what is to come to Pokémon GO in its next renewal.-Pokémon GO will be updated soon with new features. Niantic’s title is preparing a major update, which will be given more details in the coming weeks, the company has confirmed in a statement. The first reports anticipate the arrival of a real-time sky mechanic that will mimic the player’s sky light based on their geographic location.

Likewise, from Nianic they assure that the Pokédex will have more classifications to be able to have under control the variants of the Pokémon and their attributes. In version 0.211.0 of the Pokémon GO code there are details related to the Pokédex categories, so it is very possible that what is being prepared is related to a greater visual differentiation between sections within the aforementioned Pokémon information encyclopedia . “We will give more information about the upcoming fifth anniversary celebrations on social media.”

It should be remembered that the next Pokémon GO Community Day will be this July 3 at the usual time, from 11:00 a.m. to 5:00 p.m., with a currently unknown protagonist. He sounds strong Tepig, the Fire-type initial of the Unova region, given that just a quarter ago it was Snivy, in April 2021.

On the other hand, we already know all the details of the highly anticipated Pokémon GO Fest of 2021, which will be held on July 17 and 18 with news such as Meloetta’s debut and a price reduction to $ 5 per ticket.

Also, this Friday, July 25, the Bidoof Stampede event will begin, which will remain available until Thursday, July 1 at 8:00 p.m. (Spanish peninsular time). During this event we will be able to access different variants of Bidoof with special movements, their appearance in shiny / variocolor form, in raids and as dark Pokémon from the hand of Team GO Rocket.

Final Fantasy VII Remake will not have Intergrade Weiss