Home Tech Pokémon GO: people who ignore quarantine to play and were fined 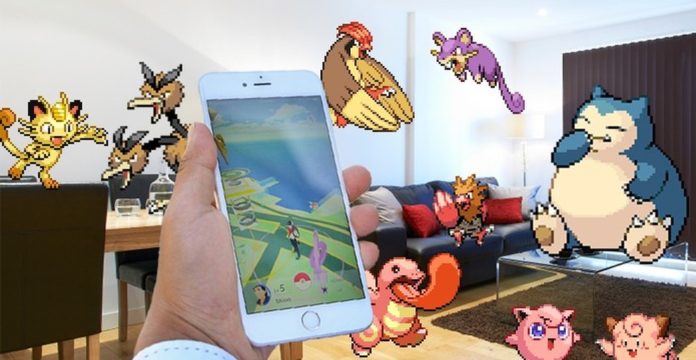 Pokémon GO was one of the games that had the most changes to suit the pandemic of the new coronavirus (Covid-19), but that did not stop some players from trying to breach the isolation to play in public. Normally the game for Android and iOS (iPhone) would require outdoor tours and agglomerations for events, which go against the recommendations of the World Health Organization (WHO). However, its mechanics have been changed to make it possible to play it at home. Still, there are cases of people who took to the streets to use the app and ended up being punished for violating the quarantine.

Trainers who want to play Pokémon GO in isolation have a number of possibilities to capture the monsters without leaving their home. The producer Niantic has expanded the habitats of the little creatures, so that they appear more often, and in more places, and weekly offers packages of items for promotional prices of just 1 coin. Several limitations have also been removed for battling other coaches around the world in the Battle League Go and their friends.

1. Elderly in Spain
One of the first cases that drew attention was that of a man who was caught in violation of the quarantine in Madrid, Spain, on March 22. The 77-year-old man was approached by the police and asked why he was out of isolation – and replied that “he was hunting Pokémon”. The man did not have his identity revealed, but was fined by the police according to the country’s law. The case went viral after the Madrid police posted the photo of the ticket on their official Twitter account.

2. 31 year old man in Italy
A case recorded in San Fermo, Italy, ended up with a 31-year-old man arrested for being on the street while playing Pokémon GO. According to the Italian newspaper Leggo, the individual had gone out to hunt the monsters with his daughter and, after leaving her at home, continued on the streets to play more. The security force was called and, in addressing him about the reasons for being out of isolation, he said: “I have to hunt the Pokémon”. The punishment of the man who also did not have his identity revealed can range from a fine to time in prison, depending on the charges.

3. Driver in the UK
In Stevenage, UK, the police stopped a driver who appeared to be aimlessly wandering the streets, more precisely at Stevenage Leisure Park. According to the iTV news site, the man only replied that he played Pokémon GO when asked what the essential reason for being out of isolation was. The man was sent home only with a warning, but Stevenage’s local police even posted on his Twitter account to warn everyone: “Pokémon GO is not an essential trip”.

4. Chinese in Buenos Aires
The Buenos Aires Times newspaper reported a slightly different case in the Argentine capital. A 28-year-old Chinese man violated the isolation measures imposed for the month of March in the country and, when he was approached by the police, gave no reason to be on the street. One of the policemen was the one who repaired the game opened on the individual’s smartphone and concluded that it was just to play Pokémon GO. The individual has been detained and his case will still be tried to determine a punishment.