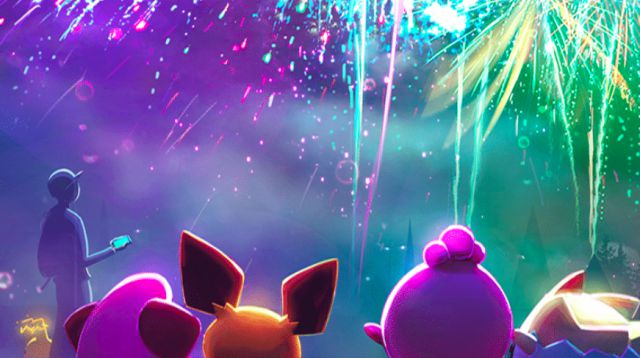 Pokémon GO: Niantic’s augmented reality game dresses up for New Years Eve and New Years, as do its Pokémon, dressed up for the occasion. Although it has turned five in 2021, Pokémon GO is fitter than ever and has shown it by organizing one event after another in recent months. There are few communities that receive more updates and news, and it is not for nothing that the title is one of the best exponents of the “game as a service” concept. Niantic’s augmented reality phenomenon wants to extend the streak to 2022 and, after the Pokémon GO 2021 Parties event, held last week on the occasion of Christmas, it is already preparing a very special way to say goodbye to the year in a big way with the event of New Year 2022. In it we will be able to achieve thematic objectives for the avatar, we will come across disguised Pokémon and party hats, and even a certain varicolored Pokémon will appear for the first time in the history of Pokémon GO.

New Year’s Eve 2022 in Pokémon GO: everything you need to know

The festivities and celebrations of New Year’s Eve and New Year will begin in Pokémon GO next Friday, December 31, 2021 at 22:00 (Spanish local time). But relax because there is no rush and that day you will not have to hunt Pokémon between grape and grape. The event will last until Tuesday, January 4, 2022 at 8:00 p.m., so you can calmly enjoy Ramonchu and Ibai and even the hangover and the New Year’s Concert the next day. There will also be time to experience the fireworks of Pokémon GO, which will begin on Friday 31 at 23:00 (again local Spanish time) and will run until Sunday, January 2 at 00:00.

During the days of the event we will be able to find new wild Pokémon disguised with New Year’s hats and glasses with the number 2022, as well as a Shiny Hoothoot, unpublished until now. Specifically, this is the list of Pokémon that we can aspire to (we mark with an asterisk those that can be shiny or shiny):