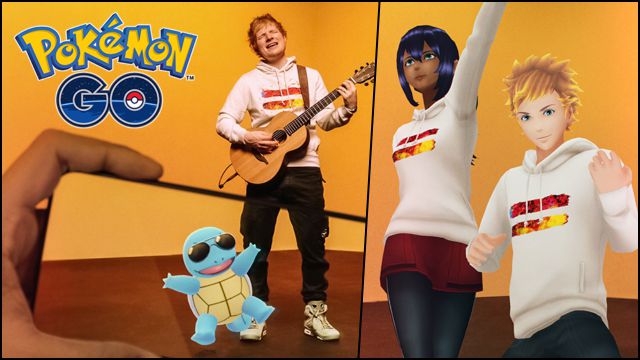 Pokémon GO: IOS and Android players can now claim promo codes for the Ed Sheeran event. We tell you how to redeem them. Niantic has revealed new codes and promotional boxes for Pokémon GO with gifts for a limited time. After knowing the agreement with the artist Ed Sheeran, which will be based on a special performance starting this Monday with the singer’s new songs until November 30, we now know that we can also claim new rewards using the following codes.

Specifically, the new gifts are the new Ed Sheeran sweatshirt. She is white and has a hood; it serves for the male and female avatar.

In addition, during the indicated dates we can claim this free Event Box (we can only redeem it once in the Store: a Bait Module, 20 Pokéballs, 10 Frambu Berries and 10 Pinia Berries.

Apart from these codes, it should be noted that from Monday, November 22, 2021 at 20:00 CET (11:00 PST) until Tuesday, November 30, 2021 at 22:00 CET we will be able to listen to the song Overpass Graffiti during the nights in our games. Additionally, Water-type starter Pokémon will appear more frequently in the wild; all likely to appear shiny / variocolor except Froakie. The chosen ones are Totodile, Mudkip, Piplup and Oshawott, while with less probability Squirtle can also go out in the wild with Sunglasses and Froakie.

Korean Netizens Call BTS V Was Born To Be A Celebrity