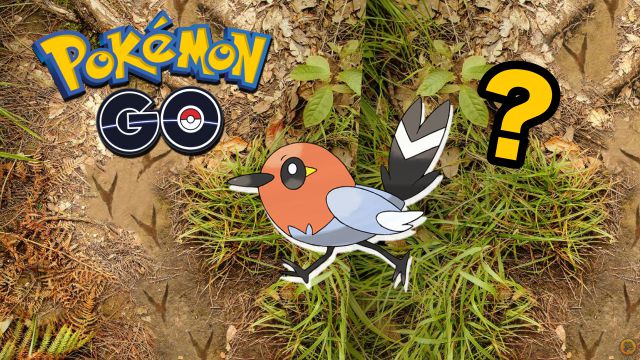 The game’s official Twitter account confirms that it is a species from the Kalos region, which suggests that it is Fletchling.

The Pokémon Company has given the first clues of what will be Community Day this March 2021 in Pokémon GO. After the Community Day dedicated to Roselia in early February, this will be the first monthly community day after the 25th anniversary of the saga, from which big announcements are expected for the entire license. At the moment, as you can see in the image below, we only have a few footprints, so let’s take a look and tell you what we think about it.

March Community Day in Pokémon GO, what do we know at the moment?

We are going to differentiate between what we do know and what we don’t know about Community Day in March 2021 in Pokémon GO. First of all, nothing surprising, is that like every month we will have a Community Day; and this time it will star what apparently appears to be a bird.

We do not know the date, we do not know the identity of this species, but we do know the generation to which this creature belongs thanks to a recent message from the official Pokémon GO Twitter account: it will be from the Kalos region. Having made this clear, let’s think about what is likely to happen and why our bets.

Betting: which Pokémon will be the March Community Day highlight?

Let’s start with the most obvious – not sure – and that is that this Pokémon is Fletchling. We are talking about a Generation VI creature (Kalos), the most recent addition to the Niantic game, and its footprints match what we see in the image. In addition, it is a Pokémon with an evolutionary line of Normal / Flying type) composed of three components (Fletchling -> Fletchinder -> Talonflame).

His method of evolution also fits with the usual parameters of the Community Days, which is none other than the use of candies (25 and 100, in this case, for both evolutions). Another point to consider is that it is a species with an unlocked shiny form, a point in common of all Community Days, where the species usually has its variocolor side active. Finally, the opportunity to teach him a unique move that he cannot learn under normal conditions comes into play.

What other possibilities do we have on the table? Having confirmed that it belongs to Kalos, few, really. Noibat’s footprints, for example, don’t match.

Soon we will clear up doubts, meanwhile, remember that our election of Fletchling as the main candidate is only an assumption based on indications; is not confirmed. And you, which one do you bet on?

Rainbow Six Quarantine has not changed its name