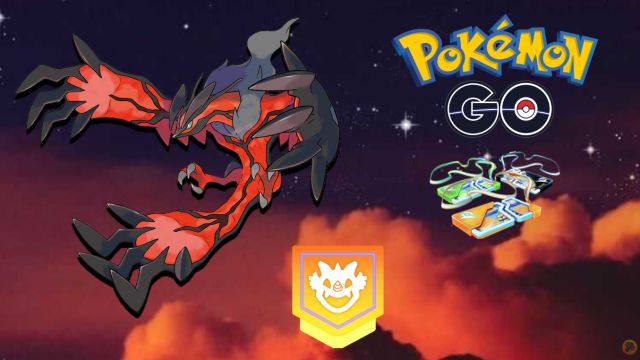 Pokémon GO: The legendary of the Kalos region takes over from Xerneas. We know all the details of the event and Yveltal’s debut in the raids.Niantic has confirmed the Legends of Luminalia Y event for Pokémon GO. After the Legends of Luminalia X event, focused on the figure of Xerneas, it is time to give prominence to the other great emblem Pokémon of Generation VI, the Kalos generation (X / Y editions), Yveltal, and find out what awaits us with his debut, which will not be the only one, as the arrival of one of the most anticipated names in recent years is also confirmed: Sylveon, the fairy-like evolution of Eevee.

The Luminalia Y Legends Event will take place from Tuesday, May 18, 2021, at 10:00 a.m., until Monday, May 24, 2021, at 8:00 p.m., always in local time. It will be then when Yveltal becomes the featured Pokémon of the five-star raids, let’s see Pancham appear from the Strange Eggs and much more that we summarize below. The event will be divided into two parts. This is what awaits us in Part 1 of Legends of Luminalia Y.

Yveltal will debut in the five-star raids. Kalos’s original Sinister and Flying-type Legendary will appear with his feathers and tail emitting a reddish glow; he absorbs the life force of the creatures. Only available during the event dates.

Pancham will appear in the 12 km Strange Eggs. Others for this type of Eggs will be: Qwilfish, Larvitar, Absol, Skorupi, Sandile, Scraggy, Pawniard, Vullaby and Deino.

Pokémon from the Luminalia X Legends event will appear in the wild, such as Spritzee, Swirlix, and Goomy.

Alolan Meowth will appear in raids.

Event-exclusive Field Investigations will have guaranteed encounters with Dark-type Pokémon like Galar’s Zigzagoon, Scraggy, and more.

Triple XP bonus per catch until the event ends.

Chance to find a Shiny Zigzagoon of Galar. It will still be available with a lower probability after the event ends.

Galar’s Zigzagoon will appear on one-star raids for the remainder of the event.