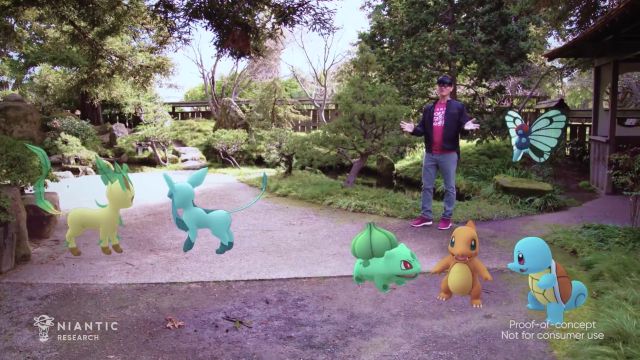 Niantic has teamed up with those in Redmond to create new experiences, which they will apply to their different projects.

Pokémon GO will reach the real world, or at least a world something more real than that of mobile screens. Niantic, the developer company, has signed a collaboration agreement with Microsoft to create new entertainment experiences that explore the latest technology. During Microsoft Ignite 2021 a demo has been shown in which you can see a sample of what the video game would be if it used the augmented reality technology of the Hololens.

The collaboration between the two companies has been developed with the idea of ​​taking advantage of technological innovation to bring together the digital and physical world, as revealed by John Hanke, CEO of Niantic; also “to connect people in completely new ways.” Proof of this is the demo of Pokémon GO running in augmented reality. “Although the purpose of the demo is not for consumer use, it provides an early idea” of what it may hold for the future.

The power to connect

“At Niantic, we see the transformative potential of augmented reality to improve the lives of people, especially our Niantic explorers throughout the world,” Hanke emphasizes. “AR can enrich daily routines while taking a walk around the neighborhood or visiting your favorite place. It provides tremendous benefits when going out and connecting with other people, that is our vision of the true benefits of augmented reality technology: at the service of people and communities ”.

According to the developer, this is just the beginning. They believe that augmented reality will be a major change, so they trust that the development of software and hardware will inform the changes of the future. “We have only scratched the surface,” she says. They believe that the next few years will see significant achievements that will turn AR technology into a life-changing product. “We are delighted to lead the way.”

Pokémon GO is a free-to-play title available on iOS and Android mobile devices.

Bridgerton: Rupert Evans Up For Season 2 on Netflix

Dragon Ball Super, Chapter 74 Now Available: How To Read it...