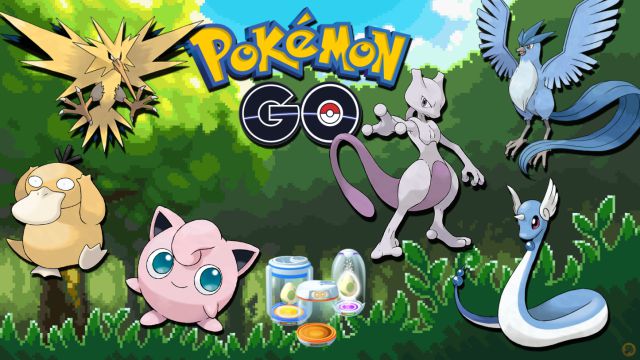 After the events dedicated to the rest of the regions of the saga, the 25th anniversary celebration comes to an end with the first generation, Kanto.

The Pokémon Company has released all the details of the long-awaited Pokémon GO Kanto Celebration Event; not to be confused with the Pokémon GO: Kanto Tour (paid event). After the respective events as part of the 25th anniversary countdown – Kalos, Unova, Sinnoh, Hoenn and Johto – the time has come to return to the place where this phenomenon began, where the adventures began with the 151 first chosen. Are you ready? Pokémon GO puts on the boots with this complete free event. We go over your dates, times and details.

Let’s start with the celebration dates of the Kanto Celebration Event: from Sunday, February 21, 2021 at 10:00 a.m. to Saturday, February 27, 2021 at 20:00 (local time). It will be during these days that we can meet wild Pokémon more frequently from the Kalos region; some species will be more frequently attracted to incense; special investigation tasks; Raid boss rotation including Legendary Birds and Mewtwo… Roll Call.

Most Frequently Wild Pokémon: Bulbasaur, Charmander, Squirtle, Weedle, Pikachu, Geodude, Clefairy, Psyduck, Slowpoke, Gastly, Voltorb, Magikarp, and many more.
Pokémon attracted to incense: Caterpie, Pidgey, Spearow, Poliwag, Abra, Seel, Machop, Krabby, Exeggcute, Horsea, Goldeen and many more.
Pokémon in 5 km Eggs: Oddish, Bellsprout, Tangela, Dratini, Pichu, Elekid, Magby and many more.
Exclusive research tasks with rewards like encounters with these creatures: Doduo, Magnemite, Diglett, Omanyte, Kabuto, Snorlax, Jigglypuff, Clefairy and much more.
Pokemon as bosses in 1-star raids: Bulbasaur, Charmander, Squirtle, Pikachu, Magikarp, and Dratini.
Pokémon as bosses in 3-star raids: Scyther, Pinsir, Machoke, Kadabra, Haunter, Graveler, and Lapras.
Pokémon as bosses in 5-star raids: Articuno, Zapdos, Moltres, and Mewtwo.
Pokémon with exclusive moves from previous Community Days when evolving:
By evolving to Ivysaur (the evolved form of Bulbasaur) we obtain a Venusaur that will meet Ferocious Plant.
By evolving into Charmeleon (the evolved form of Charmander) we obtain a Charizard that will know Fiery Ring.
By evolving to Wartortle (the evolved form of Squirtle) we obtain a Blastoise that will know Hydrocannon.
By evolving to Pichu we obtain a Pikachu that will know Surf.
By evolving an Eevee to any of its evolved forms, we obtain an evolution that will meet Last Trick.
By evolving to Dragonair (the evolved form of Dratini) we obtain a Dragonite that will meet Comet Draco.
It should be added that The Pokémon Company has confirmed through a press release that in the week of February 22-28 we will have new announcements related to the saga. Will we have a new video game for Nintendo Switch in late 2021? There is little left to know!

See Also
Entei in Pokémon GO: how to defeat it in raids

Sony does not plan to restock PS4 Pro