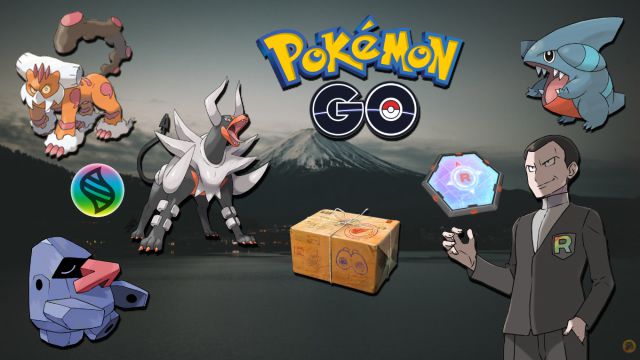 We know all the details of the activities planned in Pokémon GO for the month of March. Giovanni returns with new Pokémon to Team GO Rocket.

The month of March is very hectic for Pokémon GO. After a February marked by the Kanto Celebration Events and the Pokémon GO Tour: Kanto, Niantic already thinks about the future and remembers that there is a name that everyone wants to defeat, Giovanni, who is the main protagonist of March 2021 by breaking into the game again with new companions. Without further ado, let’s know everything that awaits us for this third month of the year.

We start with the most interesting: Giovanni is back. They have been several months off, by the leader of Team GO Rocket and they recruit her from him “they are up to something,” says Niantic in the official blog statement. In addition, they have new Legendary dark Pokémon, which will be the following:

Starting on Sunday, February 28, 2021 at 12:00 a.m. local time, we will be able to participate in a new special seasonal investigation (Season of Legends begins on March 1) to get a Super Radar Rocket with which to defeat Giovanni . We are waiting for more news.

How could it be otherwise, in March we will have a new featured Pokémon as a reward for research tasks. In February it was Snorlax, but in March we will have another old acquaintance that will surely cheer those who continue to complete missions every day: Gible, from Generation IV (Sinnoh), which will allow us to have fierce Garchomp. From Monday, March 1, 2021 at 10:00 p.m. CET (1:00 p.m. PST) until Thursday, April 1, 2021 at 10:00 p.m. PDT, we will have Gible as an achievement in the investigations at complete seven days of missions.

Jin shows a new side and shares his routine with ARMY